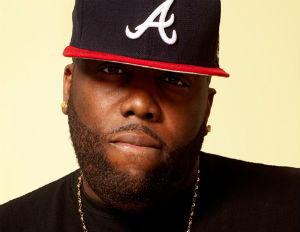 It’s that time of year again everyone, when the days become longer, the weather gets increasingly warmer, and Al Sharpton and Martha Stewart bump into each other at dinner. Yep, it’s the 101st annual White House Correspondents’ Dinner, taking place tomorrow, Saturday, April 25th.

[Related: Free Community College: An Idea Whose Time Has Come?]

The dinner brings together top members in government and members of the media for as jovial and light hearted of a night as the two groups can muster. Just how light hearted can it get? Well the Washington Post reported that this year’s dinner is being hosted by Saturday Night Live’s Cecily Strong. The Washington Post also got their eyes on the star studded invite list, and it’s quite an oddly assembled cast which should make for a very entertaining evening.

One of the more exciting guest is Killer Mike, the rapper from Atlanta who will show up as a guest of the Huffington Post. Killer Mike, who has always used his status as a rapper and actor to advocate for his brand of social justice, made headlines last year for his fearless social critiques in the wake of the killing of teenager Mike Brown in Ferguson, Missouri. His time spent on CNN and FOX News was a welcome black voice and member of the rap community, and he was not alone as rapper J. Cole, and others were also spurred to action. Â In an interview with Grantland last August, he had this to say about Mike Brown, and about America in general;

“I’m appalled that regular Americans are apathetic. I’m appalled that people choose to use the word ‘thug’ as a code word for ‘n-â€‹-â€‹-â€‹-â€‹-.’ I’m appalled at everyday citizens. I’m not appalled at entertainers. I’m not appalled at athletes. Because athletes and entertainers are gonna do what the consciousness of the people that pay them tell them to do. It’s a lot easier to make ‘What’s Going On’ in the wake of the Vietnam War ending. It’s a lot easier to support ending apartheid in South Africa, as Public Enemy, when the general public was already there. So when will we, as a public, get so fed up that we, like J. Cole, go to St. Louis? When will we, as an American constituency, tell our politicians enough’s enough? Enough mayors supporting murderous police departments. Enough police chiefs having to give excuses for murderous police officers.â€

According to the Washington Post, some of the other celebrity guest attending the dinner include singer Ciara, and her date, Seattle Seahawks QB Russell Wilson; Anthony Anderson, Tracee Ellis Ross, and Kenya Barris of the ABC sitcom ‘Blackish’, and actress and LGBT advocate Laverne Cox.