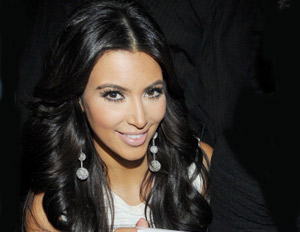 Apparently, there are lots of people out there who want to live in Kim Kardashian’s world. The reality TV star’s Midas Touch is still in full effect.

For proof forget the endorsements, reality shows, and paid appearances, and look no further than her video game app which has turned out to be a monster success. TheÂ  game takes players inside Hollywood, with a virtual Kim as sherpa with advice on how to become an A-list celebrity, starting out from the so-called E-list.

It’s free to play, but if users get hooked on in-app purchases such as clothing or a burst of energy needed for traipsing through Hollywood, they can shell out some serious dough in exchange for virtual dollars.

Third-quarter earnings alone for the company behind Kim Kardashian: Hollywood,Â  reported revenues of $43.4 million in just its first quarter of sale.

According to The Guardian, “Glu Mobile, which developed the licensed game for iPhone and Android, earned four times as much from Kardashian’s game as it did from its next biggest earner, Deer Hunter 2014.”

Business Insider notes, “The breakdown of the numbers shows that 22,857,239 people installed the app and went on to spend more than 5.7 billion minutes playing it.”

The third quarter numbers could actually fall short of analysts estimates. It’s been projected to top $200 million in a year.

It’s still unclear just how much in net profits Kardashian will walk away with, but there are unconfirmed reports she may make as much as 45%.