Kim Kardashian Acknowledges Kanye West on Father's Day: 'Thank You For Being the Best Dad to Our Babies' 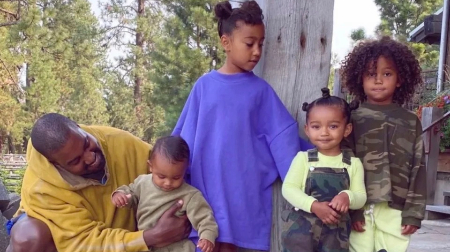 Kim Kardashian may have moved on from Kanye West, but she still wants to acknowledge his worth as a dad.

On Father’s Day, the reality TV celebrity posted a message on Instagram thanking Kanye West “for being the best dad to our babies,” Yahoo Entertainment reports

On Sunday, Father’s Day, in an Instagram Story posted to her account, the entrepreneur posted photos of Ye and their children and gave props to the mercurial fashion designer.

In an older picture of Ye kneeling down while interacting with the pair’s four children—North, 9, Chicago, 4, Saint, 6, and Psalm, 3—she wrote, “Thank you for being the best dad to our babies and loving them to way you do! Happy Father’s Day Ye.” 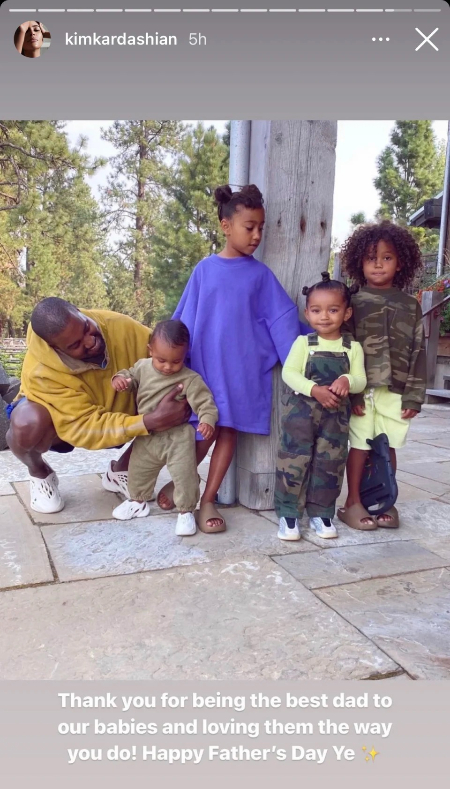 The relationship between the former couple has been rocky ever since Kardashian filed for divorce from Ye. He’s been off of social media in recent months outside of returning for an announcement of a collaboration with fast-food giant McDonald’s. He said that he is teaming up with industrial designer Naoto Fukasawa in a partnership that will benefit fast-food giant McDonald’s.

In April, according to Page Six, around the time he was suspended from Instagram, West shared with Kim Kardashian that “he’s going away to get help” following his harassment on Instagram of the reality star and her boyfriend, Pete Davidson.

Ye’s erratic and condescending behavior online caused the social media platform to suspend his account for 24 hours. It also led to The Recording Academy, the organization responsible for the Grammys, pulling his performance. The billionaire rapper and designer used a racial slur to describe The Daily Show host Trevor Noah after he spoke out against Ye’s abusive behavior toward Kardashian. Noah, however, came to West’s defense, saying, “I said counsel Kanye not cancel Kanye.”