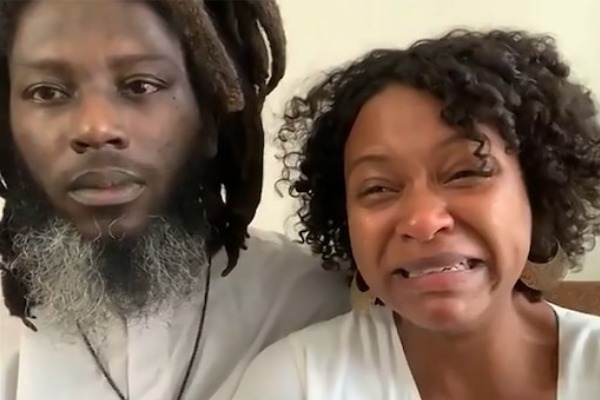 Last Wednesday, the couple shared horrific videos showing their newborn daughter being taken away from them during a traffic stop in Manatee County, Florida.

The series of shocking events prompted celebrity Kim Kardashian to jump into the fray and urge her 70 million followers to take notice of the dire circumstances involving Mercado.

Everyone please read and spread this story is absolutely heartbreaking. How a mother could go and seek help for her baby that is not wanting to eat, they take the baby into foster care and remove her newborn baby with no reports of abuse @Syesha https://t.co/OhVndrWKyo pic.twitter.com/2BwUnEgpqM

Their daughter’s removal came months after authorities took their 18-month-old son from them following a trip to Johns Hopkins All Children’s Hospital in St. Petersburg for dehydration treatment.

Their son, Amen’Ra, was treated by Dr. Sally Smith, a pediatrician who was the subject of Torn Apart, an investigation where USA Today Network found the doctor had a history of diagnosing child abuse too quickly.

After the visit, their son was placed in Manatee Child Protective Services over child abuse claims and that Mercado allegedly denied the use of a B-12 shot on her son.

“I am a pregnant, breastfeeding, mama who went to the hospital with the intention to get my son, Amen’Ra, some ‘fluids’ while transitioning from extended breastfeeding to being bottle-fed,” Mercado said on their GoFundMe page.

Others have also taken up the cause.

A sheriff’s office representative said their son was taken into custody after getting a tip through the hospital’s child abuse line that the child was “severely malnourished.” After launching a campaign to #BringRaHome, Mercado has received lots of support from A-list stars like Kardashian, Pop Culture reports.

“Amen’Ra was forcefully and legally kidnapped from us by CPS, who claim we refused a B12 shot that was a matter of life and death, which is an absolute lie. We never refused a B12 shot, and at no point was he on the verge of death,” Mercado said. “My family and I are just one in countless other stories of legal kidnapping that go unheard and unseen.”

During their press conference on Tuesday, the couple thanked their supporters while providing grim warnings to childcare providers.

“If you are a parent, if you are a grandparent, aunt, uncle, cousin, just know that we have agencies in place that have the ability to remove children without you breaking the law or abusing your niece, nephew, son,” Deneer said.