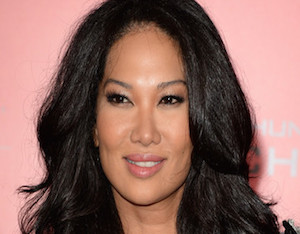 Kimora Lee Simmons is suing her ex-husband and Def Jam founder Russell Simmons for $119 in legal fees, according to Finurah. The lawsuit contends that Lee is seeking $83,000 in attorneys’ fees and an additional $35,000 for court costs stemming from a lawsuit filed by Simmons against his ex-wife and her new husband, investment banker Tim Leissner last year. Simmons had accused the couple of stealing stocks he had ownership of without his permission.

According to Bloomberg, Leissner was involved in a bribery and money-laundering scandal and allegedly diverted billions of dollars from Malaysian State Fund 1MDB back in 2018. He pled guilty two years later and agreed to pay the victims $43.7 million. Simmons and Lee remained business partners following their divorce in 2009, and Simmons accused his ex and Leissner of using 4 million shares of their energy drink company Celsius as security for Leissner’s bond in the criminal case through Simmons’ investment company Nu Horizons. Leissner’s bond was reportedly $20 million.

“Knowing full well that Tim would need tens of millions of dollars to avoid jail time, stay out on bail and forfeit monies for victim compensation, Tim and Kimora engaged in this blatant fraud to achieve that nefarious and unlawful goal.”

Lee’s attorneys have claimed that she did not have to inform Simmons that she was withdrawing shares due to his resignation as the manager of Nu Horizons in 2018.

“At the time Tim & Kimora used the Celsius shares for purposes of the bond in connection with the federal case, Kimora understood and believed that Tim & Kimora were authorized to use the shares for the bond.”

Simmons also amended the lawsuit to include a breach claim against Lee, but she asked the court to dismiss the claim and the court agreed. Lee wants Simmons to pay the court costs but no ruling has yet been made by the court.