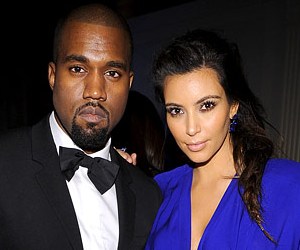 Kris Kardashian Jenner don’t play when it comes to making that paper. The proud grandma is ready to make the fetus of hip hop superstar Kanye West and reality home movie/television starlet Kim Kardashian make it rain while it sits comfortably in its ambiotic fluid.

Kris Humphries’ wife is pregnant and the baby stands to rake in millions for the family business simply because the nature of its conception is super salacious. Jenner is already working with several of today’s most popular rags to hawk baby bump photos and the holy grail of 2013 baby photo spreads, the first photo after the child is born.

Sources tell the New York Daily News that the afterbirth photo will probably fetch $300,000, a relatively small sum in the world of baby photos. Brad Pitt and Angelina Jolie got $14 million for photos of their twins. And, it’s reported that Jessica Simpson raked in $800,000 for a picture with her, her bundle of Texas joy and her random football player fiancÃ©.

The low amount could be because no one wants to see Kanye scowl on the cover of a magazine.

“(It) likely will sell at $300,000, and that’s Kim solo because Kanye always looks so miserable,” the source told The News.

Truth be told, when was the last time anyone’s seen West look so happy publicly since the passing of his mother?

West announced to a crowd during the holidays that Kardashian was with child by stopping the music and telling the crowd to “clap for my baby mama.â€

Either way, it’s hard not to be happy for any man excited about his first child. One can only guess that this is just start for Baby Kimye. TMZ also reports that Kim K Superstar — the video that started the Kardashian brand — has seen a spike in sales since the announcement. The news is the gift that keeps on giving because not only will Kim make out nice because of the good news, but so will Ray J. Yaay, everyone is winning.

The parents better get to trademarking the name or they’ll miss out like Blue Ivy’s folks did.

New Money, 6 Facts you Should Know About Salary Negotiation