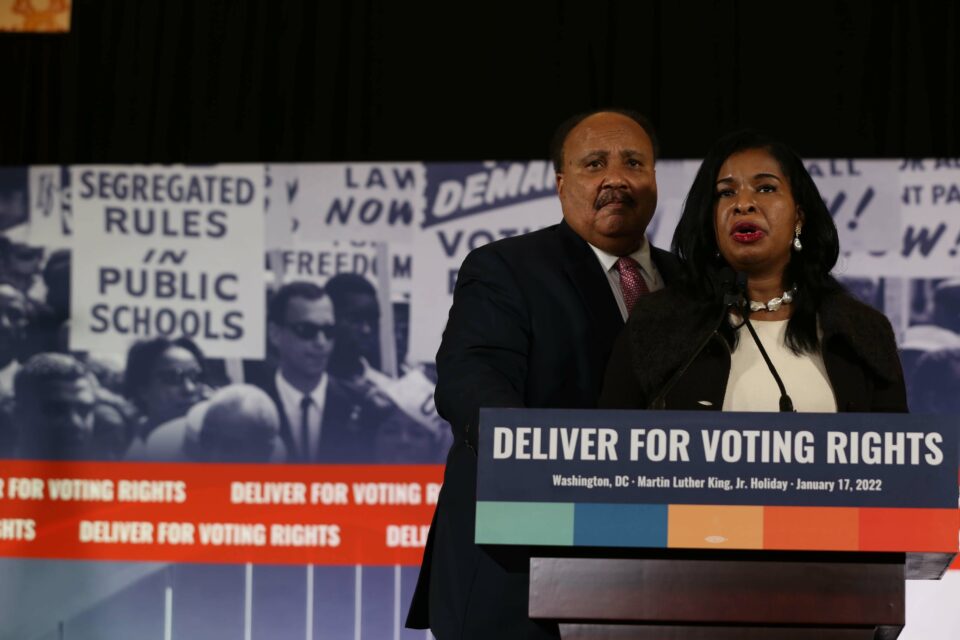 The announcement comes on the 59th anniversary of civil rights activist Martin Luther King Jr.’s “I Have A Dream” speech. The Washington Post reports instead of a march this year to commemorate King’s speech, King III, the civil rights activist’s eldest son, will focus on Black and Latino organizations helping their communities.

“What I learned a long time ago, even my father’s campaigns, they really were marathons. And so this is a marathon,” King III told the Post. “It is those individuals, those community organizations, that are working every day in the trenches that ultimately have the capacity, if they’re fully funded, to make tremendous impacts.”

According to the King family, the Drum Major Coalition will be a partnership between influential, wealthy leaders and community organizers. The coalition will launch with $5 million from coalition members, including actor Ben Stiller and Slack Co-Founder Cal Henderson, among others.

The groups the coalition will support include organizations that register minority voters, such as Fair Fight, and Mission Talk, which educates the Latino evangelical community on issues including healthcare, affordable housing, and criminal justice reform, as well as groups fighting for the restoration of voting rights for formerly convicted felons.

The King family added they’re concerned about the Republican Party’s push to enact voting restriction bills, which they believe will erode the institution of democracy. Organizers and participants of the Drum Major Coalition say consistent funding for these organizations will help empower the disenfranchised.

King’s I have a Dream Speech was part of the 1963 March On Washington, where more than 250,00 people gathered at the Lincoln Memorial, including civil rights leader John Lewis, NAACP President Roy Wilkins, and celebrities Lena Horne, Sammy Davis Jr., Paul Newman, Bob Dylan, and Jackie Robinson.