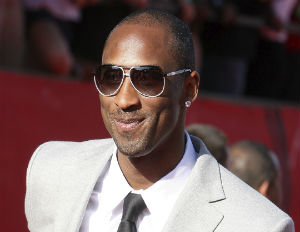 Tonight will be one of the most celebrated and historic regular season evenings in NBA history.

This is not provocative hyperbole I speak. On the same night, the last game of the 2016 regular season, The Black Mamba will play the final game of his incomparable 20-year career. And Steph Curry and the Golden State Warriors will attempt to break Michael Jordan and the 1995-96 Bulls’ regular season wins record of 72.

[Related: What is Kobe Bryant Musing About?]

Kobe “Beanâ€ Bryant came straight out of Lower Merion High in suburban Philadelphia and proceeded to murder the league for two decades, ending his career as the third all-time scorer in NBA history.

His place in NBA lore has long been established with his hand full of championship rings. The closest thing to Michael Jordan we will ever see, Kobe was truly poetry in motion and the type of player that you know once he’s gone, you’ll never see anyone play two decades with one club, embody the determination, spirit of the game and master the craft in the same relentless fashion.

You will however see the tremendous impact Kobe has left on the game through the accomplishments of current superstars who came up with Kobe’s posters on their wall and his videos on their iPhones and tablets.