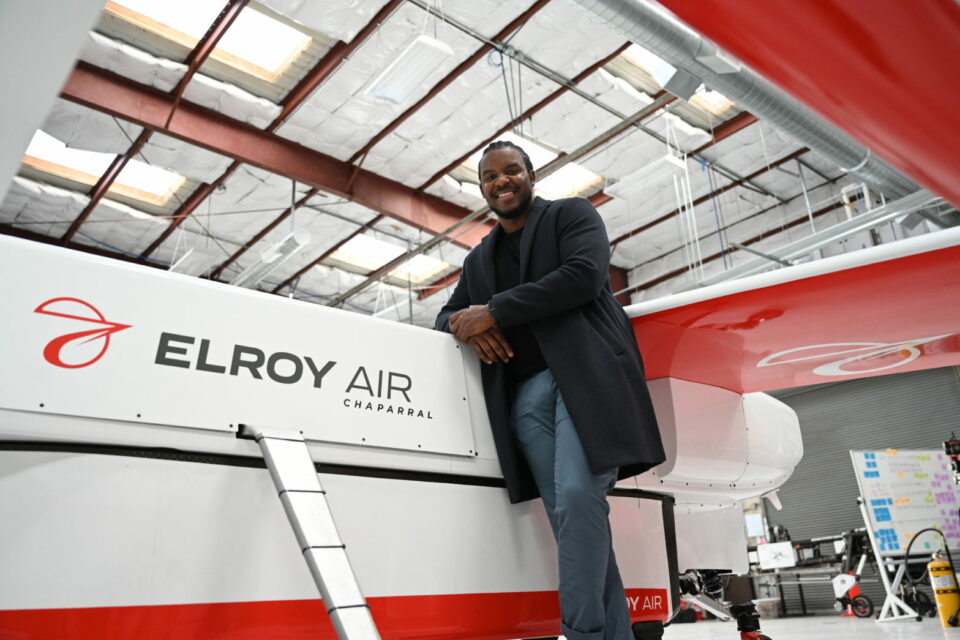 Kofi Asante is revolutionizing transport technology as a leading executive at the aerospace startup Elroy Air.

With a background in business, political science, and political theory, Asante was welcomed by Elroy Air’s co-founder and CEO, David Merrill, to help reduce the barriers to helping humanitarian communities. He serves as the company’s vice president of strategy and business development. For more than three years, Asante has been instrumental in Elroy Air flourishing from its seed stage with only 10 team members to expanding its team and receiving $50 million in investments.

“I keep finding myself in situations where I’m the only business person in a sea of engineers, and I know that’s atypical,” Asante said, according to PBS.

“My dad is from Ghana, West Africa, is an engineer, and so he had that skill set. My mom, an African American woman, was a professor in communications, and so that helped because they would always say, ‘It’s really great to know how to build something, but it’s almost more important to be able to communicate it and know the high level of what each audience is going to need.’ That was the catalyst for me to feel like I had some sort of place in this field without having a science background.”

Elroy Air’s mission is to “expand the reach of express shipping, provide humanitarian aid in regions with challenging infrastructure, immediate relief in disaster situations, and enable rapid, autonomous aerial resupply to troops in the field,” as per the company’s website. In doing so, the group of engineers builds autonomous cargo aircraft systems that utilize electric vertical takeoff and landing (eVTOL) technology.

In January, the company introduced the Chaparral, designed for aerial transport of 300-500 lbs of goods over a 300-mile range for commercial, humanitarian, and defense logistics. According to a press release, it is the first-of-its-kind autonomous air cargo system.

“I think about it with the things we probably think about all the time that come to your door with e-commerce and any of the companies you can imagine that do express parcel, the UPS and FedEx of the world,” Asante said.

“They’re all moving toward this idea of being able to get you to go from one week to two days and the same day to the same hour delivery. And our system could be a part of that solution. Humanitarian defense, commercial, healthcare, express parcel, e-commerce, all of those are kind of what our system is going to be built to help out with.”

Following the unveiling of the Chaparral, FedEx Express is teaming up with Elroy Air to test the autonomous air cargo system within the “company’s middle-mile logistics operations, moving shipments between sortation locations,” according to FedEx Newsroom. The test flights are slated to kick off in 2023.

“I think my goal as a Black executive and frankly, one of the only ones in the world at an aerospace company is to just continue to open the door and show people that this is possible and that it’s for them,” Asante said.