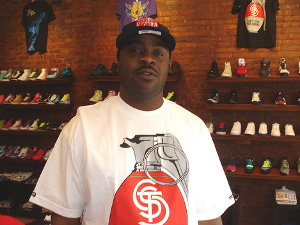 BE NEXT: It’s funny to hear you talk about your success because you make it all seem so simple and from the outside looking in the scale of what you’ve done is so big it doesn’t possibly seem like it could be simple.

HIP HOP: I think it is that simple. Not to say it like that or sound like that, but you have to think–it only happened a couple of times, it’s not like it really happened all the time. So if I were to sit here and act like I can make magic then it would seem like it’s complicated but in reality I don’t make it [the magic], I look at it like I find it. I know what it is. So if I know what it is, I know what I can do to it and I know where it needs to be and if it’s not [something that’s worthwhile] I don’t even deal with it. Somethings are already big and have gotten where they’re supposed to get, so me managing someone for the sake of just saying I manage them doesn’t make sense. Like me saying “oh, I manage Akon now,â€ but what really could I do for him at this point in his career? That’s why I like to say I like to work with artists on the verge.