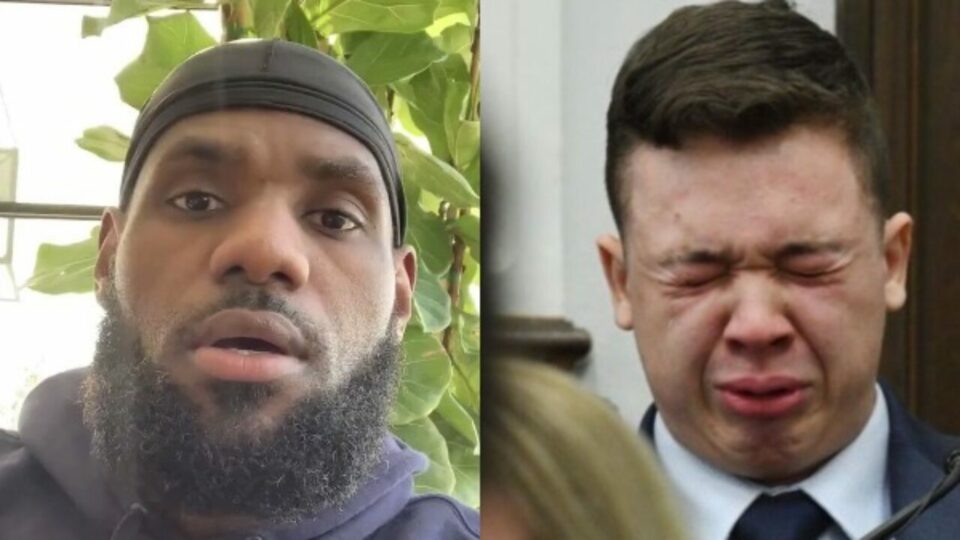 Kyle Rittenhouse is clapping back at LeBron James now that he’s acquitted of murdering two people and injuring a third in the Kenosha, Wisconsin, shootings.

The 18-year-old appeared on BlazeTV’s You Are Here show and responded to James mocking his emotional testimony during his trial.

“I was a Lakers fan too before he said that. I was really pissed off when he said that because I liked LeBron, and then I’m like, you know, ‘F*** you, LeBron,'” Rittenhouse said.

Rittenhouse broke down in tears and choked up on the stand while recalling his actions during the unrest in Kenosha on Aug. 25, 2020. During the Black Lives Matter protest, Rittenhouse showed up with an assault rifle and shot protesters in “self-defense” while being chased down.

Last month, the LA Lakers player sent a tweet in response to a clip of Rittenhouse’s crying face during his testimony.

“What tears????? I didn’t see one. Man knock it off! That boy ate some lemon heads before walking into court,” James said with three laughing emojis.

The four-time NBA champion faced criticism from conservatives who have all rallied behind Rittenhouse in a trial that highlighted ongoing issues related to gun rights, violence at racial justice protests, and vigilantism.

“He has a huge sense of relief for what the jury did to him today. He wishes none of this would have ever happened, but as he said when he testified, he did not start this,” Rittenhouse’s defense attorney Mark Richards said after receiving the verdict. “To say that we’re relieved would be a gross misunderstatement.”

Since being acquitted of fatally shooting two people and injuring a third, Rittenhouse has received support from several conservatives, including Donald Trump, who called the teen “a nice young man.”