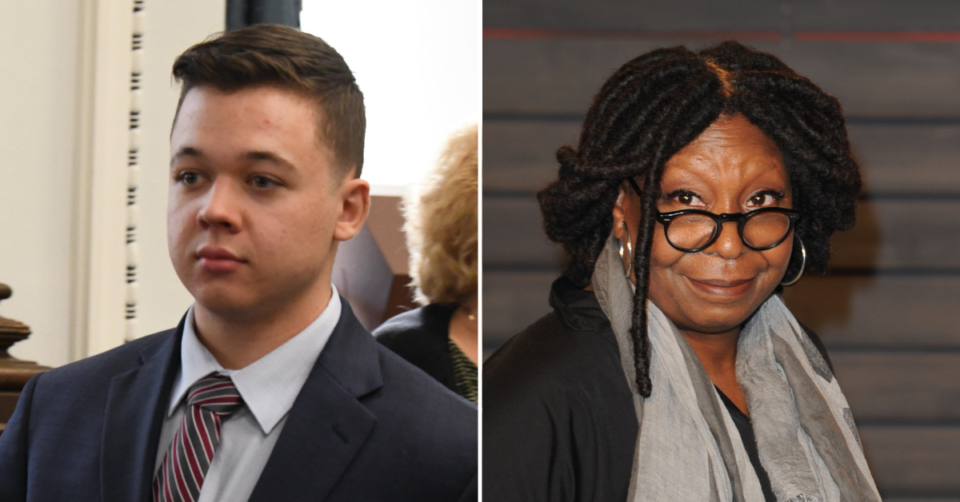 Kyle Rittenhouse, who killed two men and wounded another but avoided conviction for his acts has stated he plans to sue The View‘s Whoopi Goldberg and others for labeling him a murderer.

According to Yahoo, Rittenhouse, who was acquitted of all charges against him in the shooting deaths of two protesters in Kenosha, Wis., stated his intentions when he appeared on Tucker Carlson Tonight earlier this week.

He wants to sue several people and some media outlets for their coverage of him which he felt was negative. Rittenhouse went to Kenosha armed with an assault-style rifle where he shot and killed two protesters in the summer of 2020.

“Right now we’re looking at quite a few,” Rittenhouse said on the Fox News program Monday night. “Politicians, celebrities, athletes. Whoopi Goldberg’s on the list. She called me a murderer after I was acquitted by a jury of my peers. She went on to still say that. And there’s others. Don’t forget about Cenk Uygur from The Young Turks. He called me a murderer before the verdict and continues to call me a murderer.”

The teenager from Illinois also said that he and his team have decided to launch the Media Accountability Project. He explains that this project will be used as a tool to help raise money and hold the media accountable for lies that the outlets and the people who appear on them say and deal with them in court.

“We are going to hold everybody who’s lied about me accountable,” Rittenhouse said. “Such as…everybody’s who’s lied, called me a white supremacist. They’re all gonna be held accountable and we’re going to handle them in a courtroom.”

The Journal Times reported some legal experts have stated that Rittenhouse’s chances of winning any lawsuits are basically zero.

Kevin Goldberg, who has 25 years experience as a media attorney and currently works for the Freedom Forum said: “I would say he has very little, to no, shot at winning. I will not say zero percent, because I have learned in the law to never say zero percent.”