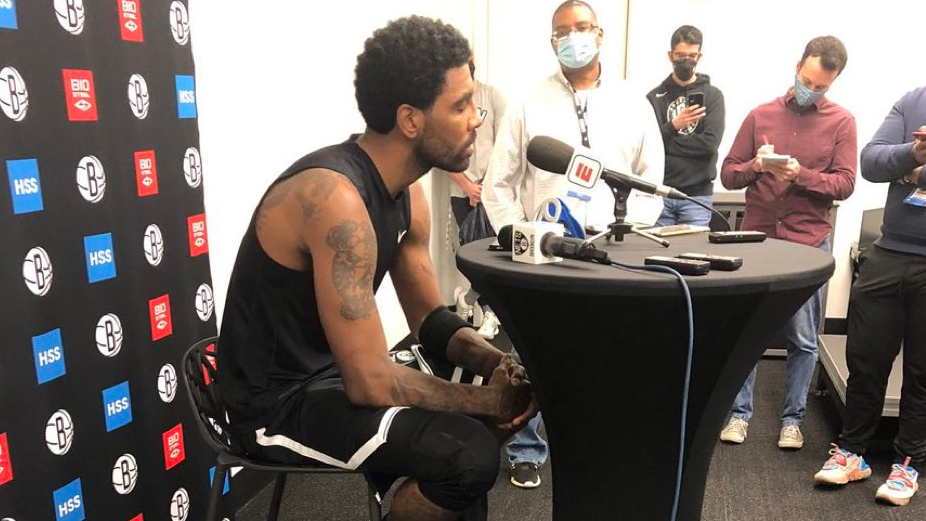 The saga of Kyrie Irving’s refusal to obtain a COVID-19 vaccination shot has taken an unexpected turn.

The Brooklyn Nets have decided to allow Irving to rejoin the team, although he is only allowed to play in road games due to the stringent COVID protocol in New York City.

Earlier this year, a Twitter post from The Athletic’s Shams Charania reported that unvaccinated players in New York and San Francisco couldn’t enter the arenas of the Golden State Warriors (who play at the Chase Center in San Francisco), the New York Knicks (Madison Square Garden in New York) and the Brooklyn Nets (Barclays Center in Brooklyn).

According to ESPN, after the announcement that Irving would be back with the team, he spoke to the press about the situation and his feelings on being allowed to play. Since October, the capricious basketball player hasn’t spoken to media and only recently opened up after his first practice back with the Nets.

“I understood their decision and respected it,” Irving said to the press corps at the  Brooklyn Nets practice facility.

“I really had to sit back and think and try not to become too emotionally attached to what they were deciding to do. I had to really evaluate things and see it from their perspective, meaning the organization, my teammates. I really empathized and I understood their choice to say if you are not going to be fully vaccinated, then you can’t be a full [participate.”

The latest variant of the coronavirus has seen several teams with infected players. At least 10 Brooklyn Nets players entered into health and safety protocols at one time. The Nets had to postpone three games last week. This development played into the decision to allow Irving to be available for road games.

After the team announced Irving’s return, he had to go into health and safety protocols on Dec. 18. Irving, Kevin Durant, and LaMarcus Aldridge were cleared to play again on Tuesday, and all three players were at practice on Wednesday.

“Incredibly grateful just to be back in the building,” Irving said. “Welcomed back with open arms [from] my teammates, the whole organization. Not gonna lie, it has been relatively tough to watch from the sideline with everything going on in the world. I know everybody is feeling it [COVID]. Just praying for everybody to be healthy during these times. If I get the opportunity to get on the court and play with my teammates, even if it is just on the road for away games, I am grateful for the opportunity.”