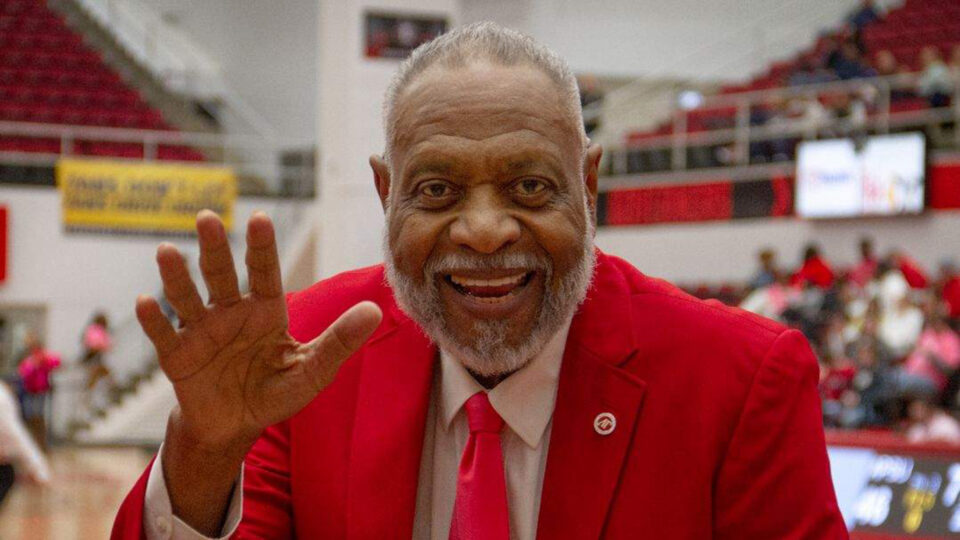 According to the Clarksville Leaf-Chronicle, Austin Peay confirmed that Ellis died Wednesday at the age of 79. His legacy lives on as not only the first Black basketball player at APSU but also the first Black player signed to play in the Ohio Valley Conference (OVC) – breaking a longstanding color barrier.

“There are two moments I will always remember with Mr. Ellis,” said Gerald Harrison, Austin Peay’s vice president and athletics director. “First, when I arrived in Clarksville in 2018, he encouraged me to be strong, be faithful, and told me that I can do it. The second is when we retired his jersey; he stood up out of his wheelchair during the presentation to a thunderous crowd. I was in awe of his presence.”

The trailblazer was inducted into the university’s Hall of Fame in 1990. His reputation on the court spoke for itself even before attending APCU.

Ellis’ 1961 Burt High School team won the National Negro High School Basketball Tournament. This feat meant that Burt High was the first high school team in Clarksville to win a championship in any sport, per the news outlet. Ellis was named team MVP by The Leaf-Chronicle newspaper. High school athletics were not integrated until 1964.

After transferring from Drake, Ellis was a 6-5 forward, averaging 9.3 points and 10.5 rebounds in 13 games, according to the university’s Hall of Fame. That shortened junior season marked Austin Peay’s first in the OVC. Ellis averaged 6.7 points and 6.1 rebounds per game when he was a senior.

Ellis’ scores earned him a tryout with the Atlanta Hawks in 1965, right before they moved from St. Louis in 1968. But after graduation in the spring of 1965, he decided to pursue business and served in the managerial field of some of the nation’s top chain merchandising stores. The Leaf-Chronicle reported that he worked as a regional supervisor for J.C. Penny for many years.

“Mr. Ellis, thank you for paving the way for me and so many others that followed behind you and chose Austin Peay,” Harrison added. “Rest well, sir.

A service will be held at 12 p.m. June 8 at Sykes Funeral Home. The Ellis Family is welcoming friends from 4-7 p.m., June 7 at the funeral home and on June 8 from 10 a.m. until the time of service.