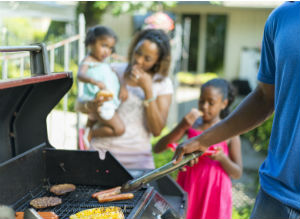 With Labor Day weekend nearly here, what is likely to be the favorite pastime of most people? The end-of-summer holiday is all about beaches, barbeques,Â and ballgames.

According to NerdWallet, this year, more than 35 million people plan to travel at least 50 miles away from home over the holiday weekend, nearly 195 million will barbeque, and hundreds of thousands will attend an exciting slate of college football games. Many of us will also spend hundreds of dollars, in the process.

Budweiser has grown to become one of the highest selling beers in America. The beer company is also known for producing some of the best commercials during the Super Bowl. Budweiser released aÂ new national study that “dares to ask the toughest questions about America’sÂ end-of-summer holiday.â€

Will more Americans light the grill or hit the theaters? Will burgers or weiners take top billing in 2016? Which brews will quench the thirst of more Americans–domestic or imported beer? And which U.S. region will bring their BBQ A-game this year?

Based on a representative survey of 2,000 Americans (ages 21+) conducted by Learndipity Data Insights, Budweiser asked respondentsÂ about their eating, drinking, and leisureÂ plansÂ for Labor DayÂ 2016. The following are fun facts from the results of that survey:

At a Labor Day BBQ, those drinking domestic beer, such as Budweiser, are perceived as more “genuine and approachable” (70%Â agree for women, 59% agree for men), compared to those drinking imported beer (36% and 29%, respectively).

Barbecue Love: Which U.S. RegionÂ Does It Best?

Surprise! Eastern states have the highest percentage of Labor Day barbecue plans (70% of all residents).