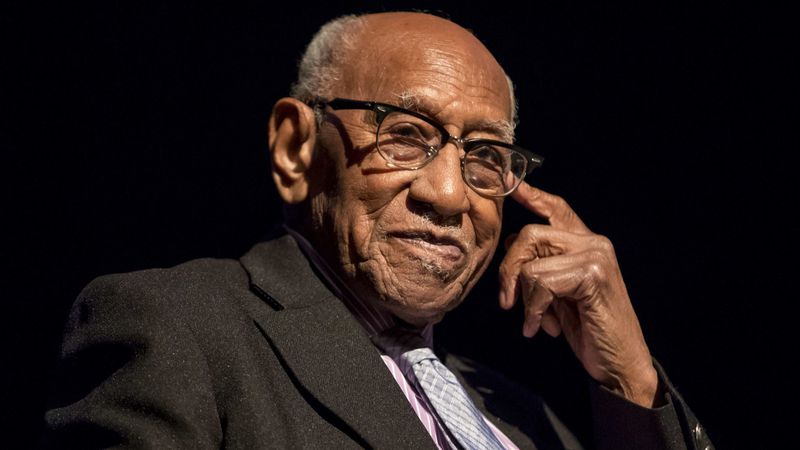 Labor organizer, author, educator, and historian Timuel Black Jr. passed away on Oct. 13 at the age of 102.

The late civil rights activist transitioned in hospice care at his South Side Chicago home, where he’d been for more than two weeks, his wife Zenobia Johnson-Black told USA Today.

“I hope to celebrate his life every day of my life,” Johnson-Black said. “He was trying to make this world a better place. And that’s what he urged others to do. So that’s how I hope he’ll be remembered.”

Former President Barack Obama honored the late activist in a statement, according to USA Today.

“Tim spent decades chronicling and lifting up Black Chicago history. But he also made plenty of history himself,” Obama said about Black who attended the 2009 inauguration.

“Over his 102 years, Tim was many things: a veteran, historian, author, educator, civil rights leader, and humanitarian,” he continued. “But above all, Tim was a testament to the power of place, and how the work we do to improve one community can end up reverberating through other neighborhoods and other cities, eventually changing the world.”

A grandson of enslaved people, Black was born on Dec. 7, 1952 in Mobile, Alabama. His family migrated to Chicago in 1919, where he was raised. They arrived in the city following the historic “Red Summer” race riots.

He went on to serve in the army during World War ll, where, despite discrimination, he earned four bronze battle stars. He received a degree in sociology from Roosevelt University in 1952, followed by a master’s degree from the University of Chicago in 1954. The scholar later taught at the City Colleges of Chicago, according to the outlet.

Black’s life shifted in Dec. 1955 when he saw Dr. Martin Luther King preach on television about the bus boycott in Montgomery, Ala. He decided to join the movement, where he worked alongside Dr. King.

In his 2019 autobiography, “Sacred Ground,” Black spoke about the moment he saw Dr. King on television.

“That was it for me,” he wrote. “I jumped on a plane and flew down to Montgomery. I was so enthralled that I wanted to be a part of it.”