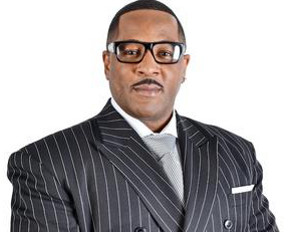 Lance London’s Carolina Kitchen in Hyattsville, Maryland, is known for its signature Soul Food and American cuisine that’s based off his late grandmothers recipes. Its weekly events include poetry and jazz night, and are popular with his customers who don’t hesitate to sing the venue’s praises. Never one to rest on his laurels, the entrepreneur is looking to expand his venues, and his menu.

CK Burger plans to serve “the original country burger,â€ says London. The restaurant will offer a variety of burgers ranging from salmon, veggie, turkey and other options including a jerk burger. He also plans to offer an Angus all-beef burger to customers who want a traditional hamburger. The burgers, prepared cookout-style, will be available with sides such as potato salad, baked beans and coleslaw.

London plans for CK Burger and Carolina Kitchen to operate in a split location at 2300 Washington Place NE, where they’ll share a kitchen. He wants to open both restaurants by August. Additionally, there are plans in the works to take Carolina Kitchen nationwide, but he’s undecided as of yet. He told the Washington Business Journal, “I have almost 200 people who want to open a franchise but I haven’t decided whether or not I want to do that yet.”

London credits his late father for his entrepreneurial spirit.

“My father would sit with me at night, and talk about how he wanted me to own my own businesses, and be an entrepreneur,â€ he says.

The same way his father motivated him, London gives back to the small business community as a speaker, providing guidance and inspiration.

At the 2012 Hoodie Awards where Carolina Kitchen won Best Soul Food Restaurant, when asked what he would impart to aspiring business men and women he said, “Communities need more financial heroes to teach the importance of entrepreneurship and the power of economics.â€