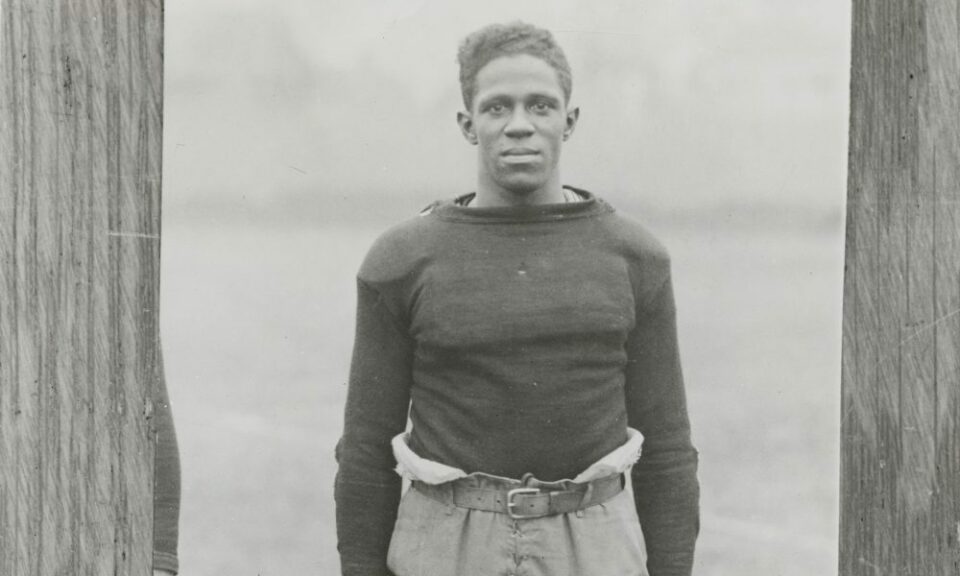 Fritz Pollard, revered as a founding father of the NFL, will now have an entire day dedicated by his alma mater, Chicago’s Lane Tech College Prep High School.

Pollard’s legacy is reignited as his name now adorns Lane Stadium’s new scoreboard and four plaques highlighting his accomplishments is showcased for all to celebrate at the stadium’s entrance.

“It’s amazing that we stand here today to honor this very special person that has made such an impact on this school, this city and this country,” said BET’s Louis Carr, a 1974 Lane graduate, who spoke at the Fritz dedication ceremony.

Join us in celebrating Fritz Pollard Day Oct 1!
Please click the link below for tickets and more information.https://t.co/lWPiyZ61NA pic.twitter.com/7byj63niOG

Pollard, whose full name is Frederick Douglass “Fritz” Pollard, was a three-sport elite athlete at Lane Tech. The 1912 graduate excelled as a running back in football, shortstop in baseball, and all-around track and field standout while simultaneously facing racism at Lane and beyond. Hurdles couldn’t stop this trailblazer so he went on to dominate the gridiron as the first Black football player at Brown University. His unprecedented career in the NFL now remains a staple where he humbly began his football greatness.

Ronald “Chip” Fisher, a 1984 Lane grad, is the catalyst behind Fritz Pollard Day. He was instantly intrigued by Pollard’s journey when he stumbled upon it while teaching a class on sports and race at the University of Texas in 2003. Since then, plans have kicked off.

“This is a journey that is going to continue,” Fisher told the news outlet.

“Ultimately there should be a statue. The Chicago Bears should step up and provide some sort of resources. That’s our goal in the next four or five years. [Pollard’s story] affects everybody. It’s not just a Lane story. It’s a Chicago story and an American history story,” he continued.

“This means a whole lot to the family,” Pollard’s grandson Dr. Stephen Towns said. “People just aren’t really aware of the legacy. Hopefully this will be the impetus to get the story told.”