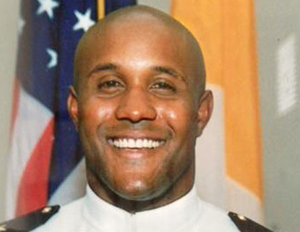 In the wake of an LAPD manhunt and shootout involving former Los Angeles police officer Christopher Dorner (and as investigators evaluate confirmation of his death), law enforcement professionals have spoken out about the racism they’ve encountered, a factor reported as a catalyst that led to Dorner’s rampage.

According to reports, Dorner cited alleged racial slurs being used in his time as an officer and other hostile work environment issues that led to his termination. Since the story hit the news, other officers have made statements about issues of discrimination and racism within the ranks.

As reported by the Huffington Post, Jones was a patrol officer for nine years and retired in 1998. He wrote in the manifesto posted to his Facebook page, “I need you to first assume that I would not surface 16 years later with lies about a situation that has me with PTSD to this very day. … The pain forces me to speak as I have yet to shake the Ill’s of my experience as an LAPD Officer.”

Jones’ accounts of wrongdoing by the LAPD include having his “civil rights violated on several occasions. I was falsely arrested at gunpoint by the Sheriffs as an Officer who ID’d himself and was conspired against by both LAPD and the Sheriffs when my civil case went to trial,” and being “falsely accused on more than one occasion and simply placed in a position that the trust was so compromised that I could no longer wear the uniform.” He continued, “Also know there were many more episodes. All of these issues are well documented.”

“There’s still much work to be done … Some may say that nothing has changed with the leadership in the LAPD. … Trust me I have been in the fight with the organization regarding social and racial injustice within the LAPD. Currently, I am the only out spoken [stet] African American within the organization that possesses the moral courage to confront and ask questions unflinchingly about race, racism and discrimination in the LAPD. Yet still, I have paid a humiliating price inside the LAPD for preserving and believing in the importance of “I have a Dream.â€ [stet]

The LAPD has faced public criticism and investigations for decades in terms of racism and discrimination, not only with cases involving the public but with it’s own personnel. Dorner’s case has brought the issue back to the forefront, a workplace problem not just exclusive to Los Angeles. From black police officers who sued Boston citing discrimination to the New Jersey Transit lawsuit settlement with minority cops, recent cases of racial —as well as gender—discrimination indicate the problem is far from solved.

With law enforcement being one of the top in-demand career fields, and black unemployment still disproportionately high, the question remains: How will the industry make the necessary changes to facilitate an attractive employment option, equal and fair for all?

How can police departments across the nation level the playing field and better address the workplace issues in law enforcement for professionals of color? #Soundoff and follow @BlackEnterprise on Twitter.