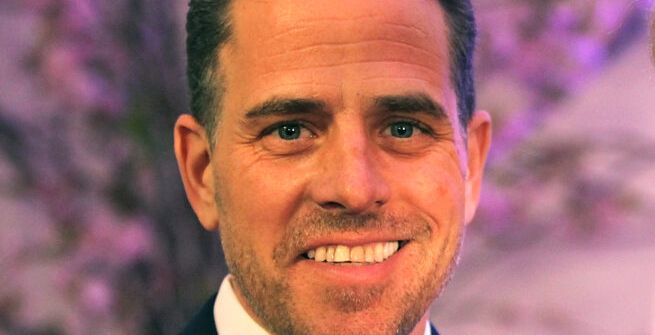 President Joe Biden has received a LOT of support from Black people in this country due to his ties to President Obama and we were very instrumental in his presidential victory. So, it comes as a very disappointing shock to hear that his son, Hunter, has allegedly been caught using the N-word in text messages. Not only was he using the word, but, he used it while speaking to his white attorney!

According to the New York Post, President Biden’s son Hunter repeatedly referred to his white attorney as the N-word. The text exchanges that were screenshot by Daily Mail, showed he repeatedly called his Chicago-based corporate attorney George Mesires, the N-word within several texts that took place late in 2018 and early 2019.

The following exchange from December 2018, was revealed in the photo below:

Biden: “How much money do I owe you”

“Becaause n***a you better not be charging me Hennessy rates”

Mesires: “That made me snarf my coffee”

Biden: “I just made that phrase up, by the way”

“I should have nad your lineage.”

Mesires: Clever son of a gun

Biden: “It’s wasted on you

Mesires: “Apparently you do”

Biden: “Where do you find unconditional love then George”

“There are ideals of unconditional love that serve as proxies. I don’t have many. You. God.”

Biden: “OMG n***a did you just a fictional character from the imagination of the collective frightened and my dead brothers unconditional love is what I should rely on and my kids aren’t children George”

Mesires: “My parents was conditioned”

Biden: “My penis’ as of late has been unconditional

Mesires: “That’s why we are searching”

Biden: “For my penis”

Mesires: “And we will always be searching”

“They always find it”

“I only love you because you’re black”

Mesires” “It’s so annoying when you interject with frivolity”