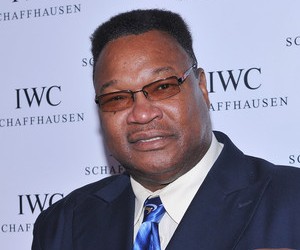 After being hospitalized for two days because of high blood sugar, former heavyweight boxing champion Larry Holmes is at home recovering in eastern Pennsylvania. He is back at his Palmer Township home and says he’s taking medication and following his doctor’s advice to lose weight and eat right.

After feeling lightheaded and drowsy earlier this week, his doctor sent the 63-year-old retired boxer to St. Luke’s Hospital in Bethlehem Township. His blood sugar had spiked, Holmes tells The Express-Times of Easton (http://bit.ly/WLhD89).

Larry Holmes was heavyweight champion from 1978 to 1985 and was one victory away from matching Rocky Marciano’s career record of 49-0 before his first loss to Michael Spinks in 1985.