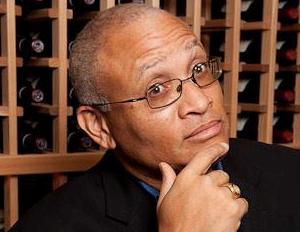 Target Market News has reported that Larry Wilmore will take over the reigns for Stephen Colbert on Comedy Central when Colbert bolts for CBS to take over for David Letterman. Wilmore will be the second black late night TV host (the other being Arsenio Hall).

Wilmore is no stranger to television or comedy. Wilmore co-created the animated comedy, “The PJs”, with Eddie Murphy in 1999. He also co-created and produced “The Bernie Mac Show”. He is known as the “senior black correspondent” from “The Daily Show” with Jon Stewart. Stewart’s production company, Busboy Productions, will create the show for Wilmore.

Earlier in his writing career, he worked on shows like “In Living Color”, “Sister, Sister”,”The Fresh Prince of Bel-Air” and “The Jamie Foxx Show”.