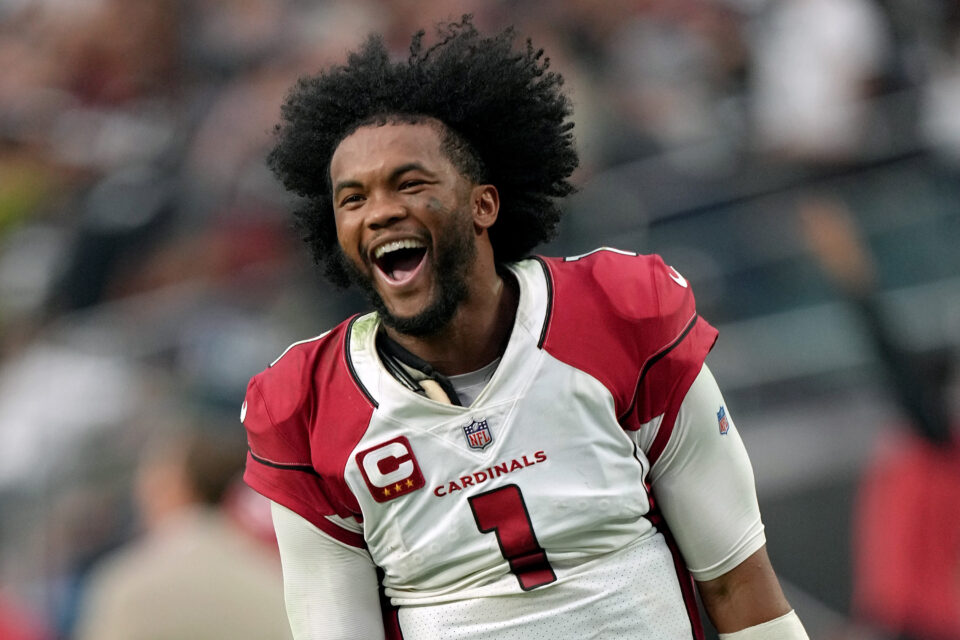 LAS VEGAS, NEVADA - SEPTEMBER 18: Kyler Murray #1 of the Arizona Cardinals celebrates after the game-winning touchdown in overtime against the Las Vegas Raiders at Allegiant Stadium on September 18, 2022 in Las Vegas, Nevada. (Photo by Jeff Bottari/Getty Images)

A football spectator allegedly hit an NFL quarterback in his head after he celebrated the recovery of a fumble that was returned for a touchdown.

According to CNN, a fan in the stands of a football game in Las Vegas struck visiting Arizona Cardinals quarterback Kyler Murray in the head. The incident occurred this past Sunday as the Cardinals emerged victorious in a 29-23 overtime win over the home team, Las Vegas Raiders.

Now police authorities in Las Vegas state that they are investigating the incident.

In the last play of the football game, a fumble from the Raiders team led to the Cardinals’ Byron Murphy Jr. picking up the football and running back into the end zone for a game-winning touchdown.

As the team celebrated, Murray was reportedly running around the gridiron celebrating, but after he was seen getting a congratulatory handshake from a Black fan, a seemingly white hand struck him on top of his head. After that, Murray quickly changed his demeanor and tried to address the person who hit him. His teammates came around him, unaware of what had occurred, and spirited him away from the scene as they continued celebrating their victory.

Police officials verified that they are looking into what happened. A spokesperson for the Las Vegas Police Department (LVPD) admitted they received “a battery call alleging a spectator at the stadium struck a professional football player.”

According to TMZ Sports, the battery complaint was made from the Las Vegas arena, Allegiant Stadium, at 6:26 p.m.

“We do not provide victim names however the event you are requesting is a battery call alleging a spectator at the stadium struck a professional football player,” a spokesperson from the department told the media outlet.

“A crime report was taken, and the suspect has not been identified. This is an ongoing investigation.”