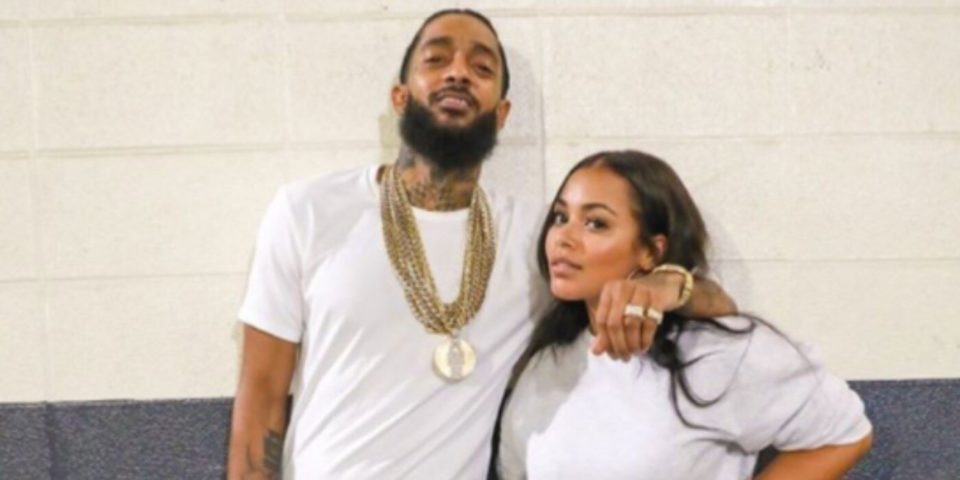 Lauren London is opening up about her desire to leave her hometown of Los Angeles after the tragic loss of her partner Nipsey Hussle.

Since losing the late rapper and entrepreneur to a fatal shooting in 2019, London has found it hard to want to stay in the city where she was born and raised. London recently appeared on Angie Martinez’s new podcast, “Angie Martinez IRL,” and shared how life’s been in the three years since Hussle’s passing.

At one point, Martinez asked London if she’s ever considered leaving Los Angeles due to all the references and memorials made in Hussle’s honor that cover the city.

“It’s not easy,” London admitted. “I want to move all the time. I just know it’s not the right time for my family.”

“I’m staying put right now. I just don’t think it’s the right time for the rest of our family that loves us and wants to keep an eye on us.”

The interview comes one week after a jury found Eric Ronald Holder Jr. guilty of first-degree murder in Nipsey’s killing, CNN reports. Hussle, a beloved artist seen as a hometown hero in LA, was fatally shot on March 31, 2019, near his Marathon Clothing store in South Los Angeles. He was 33.

Holder knew Hussle and approached the rapper over allegations he had called him a snitch, prosecutors say. Herman “Cowboy” Douglas, a friend of Hussle, claims the late rapper never called Holder a snitch and still questions why his friend was killed.

“It was so senseless, why?” he asked.

Holder is scheduled to be sentenced on September 15. His attorney plans to file an appeal.