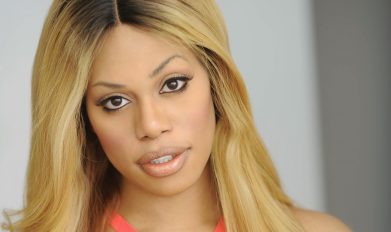 When the list of nominees for the 66th Primetime Emmy Awards was released last week, Laverne Cox became the first transgender person to be nominated in an acting category for her role as Sophia Burset in the hit Netflix Original Series “Orange Is the New Black.”

GLAAD (Gay and Lesbian Alliance Against Defamation) immediately applauded Cox’s nomination as Outstanding Actress in a Comedy Series and what the group characterized as the most LGBT-inclusive list in Emmy history. Cox received the Stephen F. Kolzak Award earlier this year at the 25th Annual GLAAD Media Awards.

“From gracing the cover of TIME Magazine, to now becoming the first openly transgender person to be nominated for an Emmy in an acting category, Laverne Cox continues to break barriers,” says GLAAD President and CEO Sarah Kate Ellis. “Countless transgender youth will hear the message that they can be who they are and still achieve their dreams — nothing is out of reach. Laverne’s success on a hit series is a clear indication that audiences are ready for more trans characters on television.”

Cox is best known for her recurring role in “Orange Is the New Black” as a transwoman sent to prison for credit card fraud. But she is also known for appearing as a contestant on the first season of VH1’s “I Want To Work For Diddy,” as well as producing and co-hosting the VH1 makeover television series “TRANSform Me,” which made her the first African American transgender person to produce and star in her own TV show. She became the first openly transgender person to grace the cover Time (June 9, 2014) for the article “The Transgender Tipping Point.”

Cox has a twin brother, M. Lamar, who portrayed the pre-transitioning Sophia as Marcus, a former New York City firefighter, in an episode of “Orange Is the New Black” that was beautifully directed by Jodie Foster, who in turn received a nomination for Outstanding Directing for a Comedy Series. One key moment for Foster was when Sophia dresses like a woman assisted by her wife (with whom Sophia has a son), who advises her not to go through with the sex change operation.

In a recent interview, Cox stated, “Sophia is written as a multi-dimensional character who the audience can really empathize with–all of the sudden they’re empathizing with a real Trans person. And for Trans folks out there, who need to see representations of people who are like them and of their experiences, that’s when it becomes really important.”