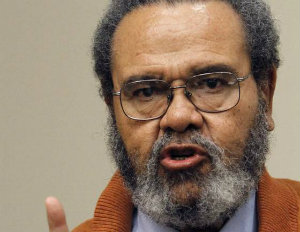 Lawrence Guyot, a lawyer and civil rights activist who worked with Fannie Lou Hamer and Medgar Evars and risked his life to fight racism in the South, Â has died, the Washington Post reports. He was 73.

As a civil rights activist in Mississippi in the 1960s, Mr. Guyot (pronounced GHEE-ott) endured arrests and beatings as he fought for voting rights and political representation for African Americans. He showed courage by standing up against authorities who had beaten and, in some cases, killed civil rights workers.Â …

In one of the bloodiest chapters of the civil rights movement in Mississippi, Mr. Guyot and others, including Fannie Lou Hamer, were arrested by law enforcement officials in 1963. They were severely beaten in a Winona, Miss., jail.