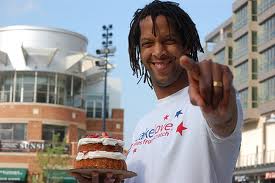 Bakery owner Warren Brown has had his share of security scares since establishing his business, CakeLove, which has seven locations, including Love CafÃ© in the Washington, D.C., metropolitan area. Starting around 2007, CakeLove became the victim of a credit card fraud operation–thieves used stolen credit and debit account numbers to purchase around $3,000 worth of goods over a three-year period from CakeLove.

No matter their size, most businesses are vulnerable to security threats, says Paulette Altmaier, vice president and general manager at Global Small and Medium Business Solutions at Dell. “Security threats are constant and evolving,â€ she says. For “a large percentage of smaller businesses, once attacked, if their data is compromised they go out of business within a year. So prevention is key.â€

After the experience, Brown and his staff diligently checked customer IDs and requested card verification codes (which became required industry practice around 2009). “Fraud attempts happen,â€ he says. “We always have to take steps to guard against it.â€

In 2010, Brown, who used Dell computers in his stores, took part in Dell’s Take Your Own Path campaign for entrepreneurs. The computer giant offered to give his business a complete tech makeover, which included the following security upgrades:

Brown, a former attorney for the inspector general’s office for the U.S. Department of Health & Human Services, now believes he has the right recipe for protection. He can remotely monitor activity inside and outside his shops from his laptop or another system. “I don’t use it as a substitute for visiting the shops,â€ says the former Food Network host who has also appeared on The Oprah Winfrey Show and Today. “The security upgrades help to deter theft at the cash register or any other activity people shouldn’t be doing.â€

Brown can look out for irregularities such as incorrectly wrapped items or customers not being properly charged. Also, Trend Micro’s security services provide CakeLove with 24-hour monitoring against viruses, phishing, hackers, spyware, and data theft. Small business owners leave themselves open to cyber theft, says Brown, the author of two cookbooks, with a third, CakeLove in the Morning, to be published this year. “Their POS software and Internet are often all on one computer. They may be vulnerable to phishing and snooping.â€ He says his security upgrades leave him and his roughly 60 employees able to focus on what they do best: baking cakes, cupcakes, and other sweet treats from scratch.