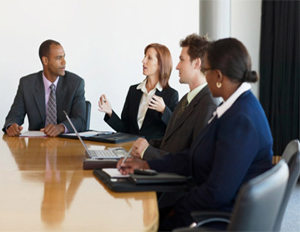 To run a company or to be a leader there are certain skills that a person must possess. A knowledge of the industry, intelligence, charm. There is a balance and finesse that must be executed that others would want to follow. Another key to great leadership that was recently discovered is that a males pitch is one of the keys to success. In a study conducted by the Duke University Fuqua School of Business an association was found between a male CEO’s voice and the success that they have. The study which was published in the scientific journal Evolution and Human Behavior highlighted several other factors that also contributed to this. Sara Gates of the Huffington Post delves deeper into the results. Here is what you should know.

… The study’s main focus was the pitch level of each executive’s voice (measured in Hertz) in relation to the size of the company, annual pay and tenure.

“The deeper-voiced CEOs tend to run the larger firms,” Mayew told HuffPost, adding that, as a result, they are usually paid more. “We also found they last longer” in those positions, he said.

The study is supported by past research, which has found that people perceive a deep voice as a favorable leadership characteristic. A 2012 study that asked men and women to assess lower- and higher-pitched voice samples, concluded that people are more likely to prefer aÂ political candidate with a deep voice. Similar research conducted in Toronto in 2011 indicated thatÂ male politicians with deeper voices are also perceived as more likable.