Leadership Lessons From the Top 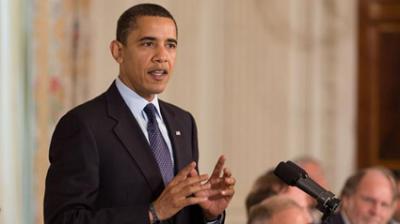 Barack Obama was known as “No Drama Obamaâ€ during his historic presidential campaign. And according to actor and author Hill Harper, a Harvard Law School classmate of Obama’s and a member of his National Finance Committee, Obama’s overall organizational skills are exemplary–clearly demonstrated in how he won the election. “He was the CEO of one of the most organized, if not the most organized, campaigns in history,â€ Harper remarks.

Obama’s management style continues to awe many observers, but to those who know and work with the 47-year-old commander in chief, his administrative talents have been consistent over the years. Obama has maintained basic but important management and leadership principles that served him first as a community organizer, as well as president of the prestigious Harvard Law Review and now as president of the United States.

Undoubtedly solid leadership is the foundation for every successful business model. Here are several qualities of Obama’s leadership style that could benefit your management practices.

He Listens To Others
“The foundational skill of organizing is to be a good listener,â€ says Jerry Kellman, who hired Obama as a community organizer in 1985, “and [Obama] does that well.â€

He remembers how Obama galvanized the residents of Chicago’s Altgeld Gardens, the nation’s first public housing projects, to fight for the removal of asbestos in their homes by first understanding many of their other frustrations, such as unemployment.

Throughout his campaign and entering his presidency, Obama has consistently focused on listening to the concerns of the American people. Upon winning the election he launched the Website Change.gov (www.change.gov), allowing for an exchange of dialogue and ideas, and he has also gathered an eclectic group of advisers who represent a cross section of the American public.

Corporate Lesson: Having strong communication skills is a hallmark quality of leadership. Knowing how to articulate goals is imperative, but listening is an important part of engaging employees and inspiring colleagues to action. “Listening is a discipline,â€ writes John Baldoni, author of Lead by Example: 50 Ways Great Leaders Inspire Results (AMACOM; $21.95), “Experienced leaders know that listening is not a passive process; it requires energy, time, and most of all, commitment to do it.â€

He Is Unflappable
There were many times throughout the campaign when Obama’s most ardent supporters wished he’d be a little more aggressive in the defense of his political positions, particularly against sometimes false and inaccurate depictions. He was consistently ridiculed as being too young, too inexperienced, and at times even unpatriotic. Obama, without fail, maintained his composure in every instance.

Republican Bradford Berenson, who worked as an editor under Obama on the Harvard Law Review and as associate White House counsel during George W. Bush’s first term, says Obama’s unflappability, “is a signature