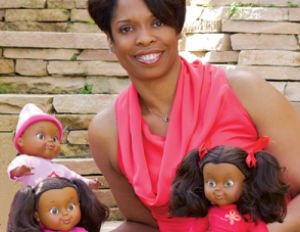 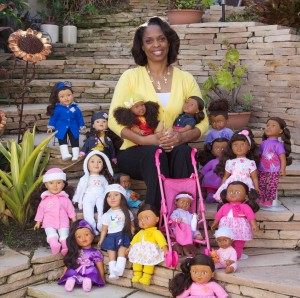 Lisa Williams, PhD, recalls watching a segment on CNN and hearing a little African American girl tell anchor Anderson Cooper that brown skin like hers looked nasty. The cable network had commissioned a study aimed to recreate the landmark “doll testâ€ from the 1940s which revealed that African American children often preferred a white doll over a brown doll because white was associated with such attributes as good, nice and pretty. CNN’s 2010 study showed racial biases and preferences towards white or lighter skin tones were still prevalent.

It was that episode that convinced Williams to launch a multicultural doll collection in 2010. “I did not want to see another little African American girl fail to choose the doll that most closely resembles her precious face because that child does not view the doll as being equal or more beautiful than the white doll,â€ adds the founder and CEO of World EPI Inc. in San Diego, California.

Williams had been approached by a Walmart buyer to manufacture dolls in 2009 because of her understanding of the multicultural market. At the time, she was selling a line of children’s books in 1,500 of the major retailer’s stores and generating around $500,000 in annual revenues. “I didn’t know anything about making dolls. I knew how to write and evaluate literature,â€ says Williams.

Today, her Positively Perfect doll collection is sold exclusively in over 3,000 Walmart stores nationwide. The custom skin toned dolls, reflecting the diversity of African American girls, retail from $9.97 to $19.97. The line has grown from two dolls to over 20 different dolls in three categories: infant (which can be placed in a baby’sÂ  crib), toddler, and Divah (Dignified, Intelligent, Vivacious, Attractive and Humanitarian), for older girls. Each doll has a unique look and back story. For instance, Divah Zair is a straight A student and artist, while Darling Dana wants to be a scientist.

Williams has grown the World of EPI into a million-dollar enterprise that employs a staff of 12 people and expects to generate between $5 million and $6 million in revenues from licensing fees and royalty payments in 2013, up from $2 million in 2012.

The company received the highly coveted designation as Walmart’s 2013 Minority Supplier of the Year. A further testament of EPI’s relationship, Williams is partnering with the retailer to develop a new collection called “Fresh Dolls.”

Later this year, the firm will unveil a Latina category. “Other cultures don’t have dolls to represent their beauty and intelligence either,â€ says Williams, who oversees all designs from facial features to hairstyles to fashions. The former college professor is recognized as an expert in self-esteem and inspirational psychology.