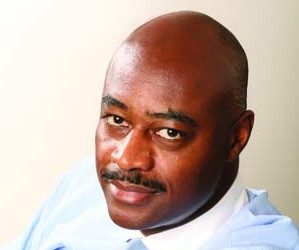 It was only fitting that Raymond J. McGuire, global head of corporate and investment banking for the financial leviathan Citigroup, was among those recently honored at the Business Titans Luncheon, which capped three days of sessions at theÂ 20th AnniversaryÂ Rainbow PUSH Wall Street Project Economic Summit.

Engaged in three decades of corporate transactions valued at more than $500 billion, McGuire represents the dealmaker nonpareil and ultimate powerbroker, who has used his skills, strategic mind, and a bit of swagger to vault to the top of this hyper competitive, often cutthroat arena. In fact, when BLACK ENTERPRISE profiled McGuire, he was appropriately characterized in the following manner: “Like a chess grandmaster, he’s planned ahead for every contingency, with a meticulousness that would make Garry Kasparove envious.”

A perennial on the BE list of TheÂ Most Powerful Blacks on Wall Street, this triple Harvard degree holder–undergrad, J.D., and M.B.A.–shared his personal and professional trek from the “wrong side of the tracks” in Dayton, Ohio, raised by a single mother and grandparents, toÂ Wall Street’s most powerful firms. Along the way, he’s mentored legions of financial professional, advised scores of established and buddingÂ entrepreneurs, and servedÂ onÂ an array of prominent boards, includingÂ the Carnegie Endowment for International Peace, the Citi Foundation, the Hotchkiss School, the Whitney Museum of American Art, and the Studio Museum in Harlem, which he chairs.

AÂ relentless competitor in the classroom, boardroom, and on the basketball court throughout the years, McGuire offers lessons onÂ how to play the game–and win:

Always Stay in the Zone, Even When You’re Just Starting Out

“About 35 years ago, I interviewed for a summer associate job at, then, First Boston– today they call it Credit Suisse. I made it to the second round and was invited to a cocktail party at the Ritz-Carlton, downtown Boston.Â I was escortedÂ into a room of several First Boston executives.

The room emptied, except for me and one interviewer. He invited me to have a seat. He grabbed a seat, put it right in front of mine, faced me, and said, ‘We have five minutes, and what I want to know is, why you?’

I said, ‘Well, what would you like me to tell you?’

He said, ‘You have four minutes and 45 seconds. Give it your best shot.’

So, I said, ‘Harvard College, Harvard Law School, and Harvard Business School pride themselves on taking the cream of the crop.Â I pride myself on being the film on the top of the cream.’

His next question was, ‘Okay, we have over half your class–350 to 400 people–interviewing for two positions. Why is it that you should get one?’

Right at that moment–long before Jay Z and Kanye got into their zone–I was in my zone. I say, ‘In the heat of battle, it’s better to have me on your side, than have me against you. Do you hear me? Because I’ll find a way to win.’

So, I got the job, and 35 years later, I am in a position where there are 10 to 15–at most–professionals in the world, who do what I do. And, I’m theÂ only one that happens to be black.” 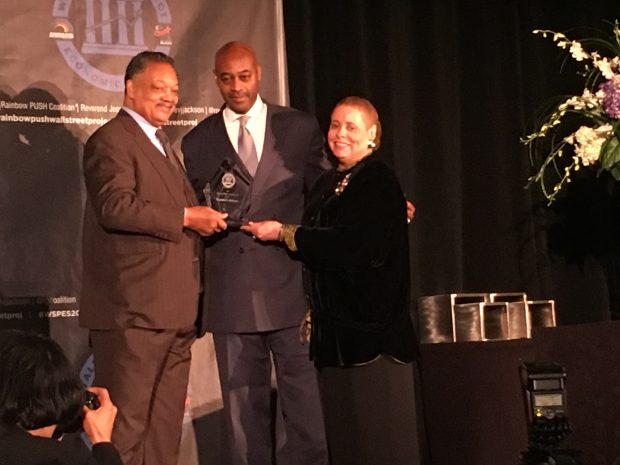 Excellence Will Keep You in the Game

“Education is the key. The paper is critical to get you in the game.Â  When you start your career, [as] black, Latino, male– [you’re] down 10 points; black, Latina, female–[you’re] down 15. The warfare that we work against is fierce. In this environment, there has been, and will always likely be, subjective review. Either consciously or subconsciously, race and gender do matter, even though they should not. I want to be clear–you have to be better in order to be equal.

Your visibility is high. There’s more scrutiny on your behavior. [You may think], ‘Oh, they don’t like me because I’m a woman,’ [or], ‘Oh, they don’t like me because I’m black.’ I get that. We carry our magnificent heritage with us every day, and while it is a lengthy and legitimate explanation, we only get one opportunity to play it as we choose. Acknowledge it for what it is [and] be strategic.

Why do I focus on excellence? With it, you’re given an opportunity for greatness. Without it, you may get the job, but be sure that you will be sidelined permanently.

If you so choose to pursue a career on Wall Street or in corporate America, it can be done. You can be highly successful. You can be a CEO like American Express’ Ken Chenault, Merck & Co.’s Ken Frazier, or Xerox’s Ursula Burns. You can have your own firm likeÂ Jim Reynolds of Loop Capital Markets, Robert Smith of Vista Equity Partners, or Suzanne Shank of Siebert Cisneros Shank & Co. You can run one of the most successful money management firms like John Roger’s Ariel Investments. You can be in the conversation, but you have to go all in. Don’t bring an analog game to a digital competition.”

Know the Rules, but Set the Standard

I want to be clear, excellence is lonely endeavor. It will separate you from the crowd.Â It will put you on a coveted, BLACK ENTERPRISE list; it may even put you on the cover. TheÂ world is more connectedÂ globally and disconnected globally than it has ever been. The waterÂ is as difficult as these economic and political times are unprecedented. [However], the rules of the game have changed.

Remember, the championships are won when no one is looking.”