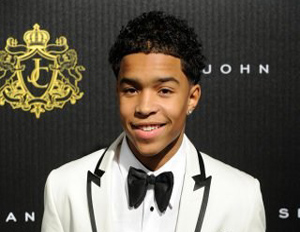 Everyone is up in arms about Justin Combs, the son of multimillionaire music mogul Sean “Diddy” Combs, being awarded a $54,000 scholarship from UCLA. Many question whether he should keep the scholarship, give it away or have it revoked.

So I guess if he was a high school dropout, impregnated a teen or committed a murder (or been the victim of one), it would be business as usual in the world of public scrutiny.

It’s ludicrous to ask a young man, who is the alumnus of a very prestigious prep school and reportedly graduated with a 3.75 GPA, to give back what he rightfully earned.

Instead of being a drugged-up, party-hard, nepotistic son of a rich man, this guy decides to excel as a scholar and on top of that, pursue his dream of being a football star, and people get upset about that?

He didn’t decide to just skip school, become a music artist and ride the coattails of his father’s connections and affluence.

He didn’t decide to spend his time unapologetically going in and out of drug rehab and criminal courts, with seemingly no regard for the legacy he wants to build or that of his family.

He didn’t skate through high school with barely a 2.0 GPA, nor has he gotten multiple young, puppy love boos pregnant (as of press time).

He didn’t decide to star in a reality show where he and his friends are bedding different women every night, getting wasted at clubs and participating in trifling (albeit entertaining) public foolery.

Where are our values, people?

Isn’t the whole point of great parenting to be able to teach children the right way to go soÂ  that they won’t be adults constantly picking the pockets of the people who raised them? Isn’t it to teach children to excel for themselves, make their own way and build their own lives reflective—yet independent—of the success of those who cared for and mentored them in their impressionable years?

But, wait. I’m about to let you in on a secret when it comes to millionaires and their money.

I’ve interviewed, been in the company of and talked to plenty, so I know.

Millionaires are human too. (Go figure.) They too want the chance to smile and be proud that their children can hold their own, are able to walk on their own two feet (and financial merit) and pay their own way through life.

I’m sure Justin Combs is proud to say that he earned that scholarship by being what he should— a scholar who can compete in a working world where many may not care who your father is at the end of the day, in a world where you have to show and prove based on what you can uniquely contribute. (Though money can open many doors, it can’t, for example, buy intelligence, business savvy, athletic tenacity, or ingenuity.)

Instead of throwing salt on an accomplishment that should be lauded, especially as a great example to other young, black youth, leave Justin Combs alone and let him tread his own path to success independent of his daddy’s stacks.