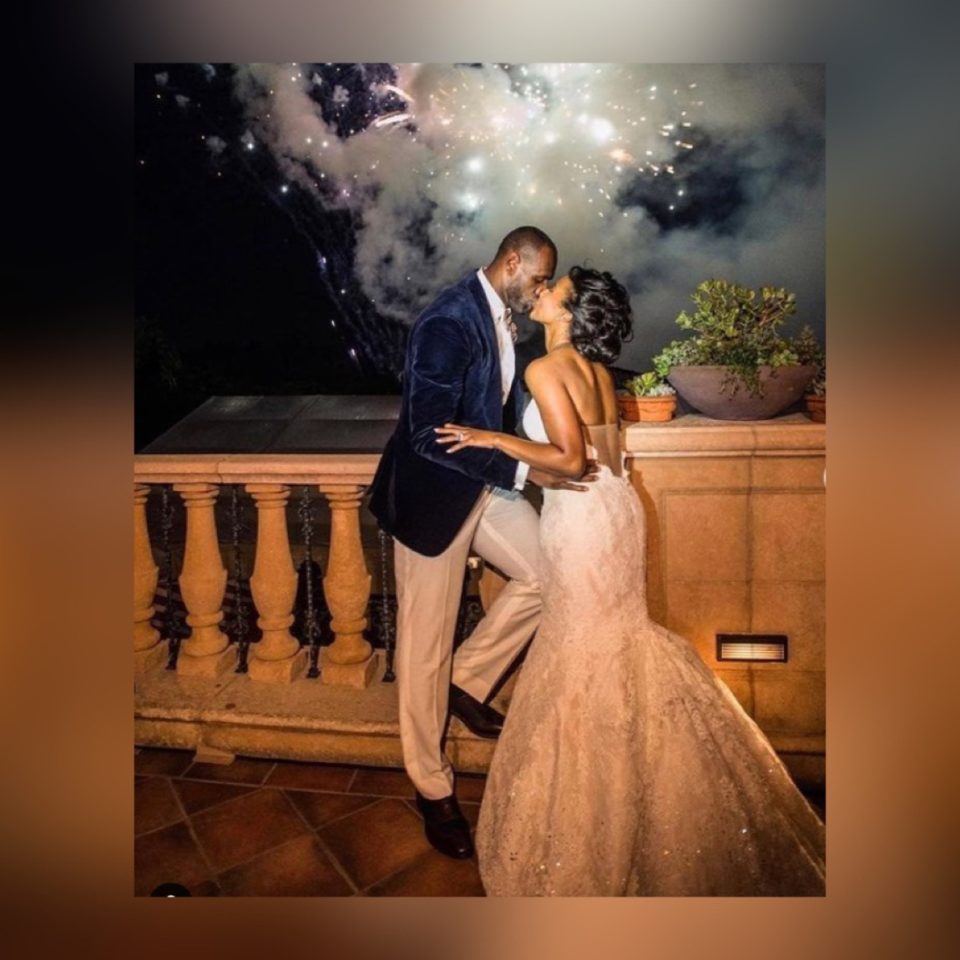 LeBron James and his wife, Savannah James, nee Brinson, commemorated their eighth wedding anniversary with sweet messages to one another on Instagram. The high school sweethearts shared photos of their wedding and growing family.

“Our own personal Met Gala 8 years ago. Happy Anniversary Queen!!” LeBron wrote in a post. “Who am i w/o you in my corner, ABSOLUTELY NOTHING! Love you”

The caption was written under a photo of himself and James during their private wedding celebration. The NBA star, dressed in a blue velvet suit jacket, kissed Brinson’s forehead while she smiled in her strapless gown and veil.

James also shared love for her husband on social.

In the photos, James playfully posed with LeBron while sitting on a couch, stood hugged up with her husband in front of a car, and smiled with their children near a beach. Together they have three children, sons Bronny and Bryce, and a daughter, Zhuri.

“Happy Anniversary to my forever scary movie partner, my forever feet warmer, the Capricorn to my Virgo, my bestie, my babe!!!” she wrote. 8 years down, forever to go! Love you deep!! #LookWhatWeDid”

The couple has expressed their love for one another in past interviews. In a conversation with ESSENCE years ago, James shared how she supports LeBron’s success.

“I’m his support system with whatever he needs. If he needs someone to listen to him,” she said. “If he needs to talk or if he says, ‘Hey babe, I’m tired. Can I take a nap?’ I will say ‘Yeah, baby. Take a nap,’ and keep the kids occupied. It’s a part of the role that I play as the mother of his kids and being his wife. The balance that I create in our house is for his success. He is very busy and I understand that, and the kids are at the age now that they get it. Being there for him is a huge part of his success.”

“[Savannah] was down when I was at my high school, no cameras, no lights. And she was there with me. You wouldn’t be talking to me right now if it weren’t for her.”