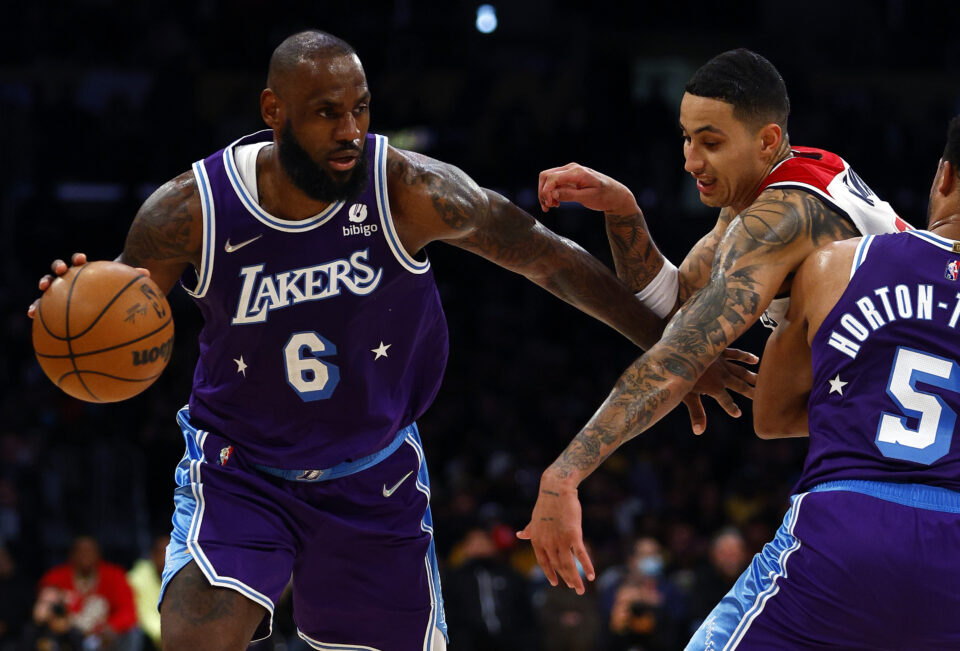 LOS ANGELES, CALIFORNIA - MARCH 11: LeBron James #6 of the Los Angeles Lakers at Crypto.com Arena on March 11, 2022 in Los Angeles, California. NOTE TO USER: User expressly acknowledges and agrees that, by downloading and/or using this Photograph, user is consenting to the terms and conditions of the Getty Images License Agreement. (Photo by Ronald Martinez/Getty Images)

With no signs of retiring anytime soon, Los Angeles Lakers player LeBron James has set another record as he adds to his future Hall of Fame standing.

According to NBA.com, James has become the only player in the National Basketball Association (NBA) history to have scored at least 10,000 points, some 10,000 rebounds, and racked up 10,000 assists.

“The King” achieved the milestone over the weekend against the Phoenix Suns when he passed the ball to his fellow “Banana Boat Crew” comrade, Carmelo Anthony, as he pulled up to connect on a three-pointer. Once the ball went through the basket, James created another record for himself and the NBA.

It was the 10,000th time he passed it to a teammate, and they scored off his pass with that assist.

He’s the first player ever with 10K assists and 10K rebounds. pic.twitter.com/G4Gwqpbm3I

According to ESPN, James, who finished the game scoring 31 points, pulling down seven rebounds and dishing out six assists, stated, “To now sit alone at a statistical category in this league that I’ve really modeled my game after, being able to score, rebound and assist. I sit alone at a stat is pretty like — I’d say ‘cool,’ but it doesn’t quite make sense to me.

“I get lost for words anytime things like this are happening to me because of where I come from,” he said.

“I automatically start thinking to my hometown of Akron [Ohio] and my upbringing and where I come from and the dreams that I had of being in this league and playing at the highest level.”

James is one of only two active NBA players who have a minimum of 10,000 assists. The other player is fellow “Banana Boat Crew” Phoenix Suns’ point guard, Chris Paul.

The future Hall of Famer is currently No. 2 in scoring this season. With a scoring average of 29.7, he is right behind Philadelphia 76ers player Joel Embiid, who is on top averaging 29.8 points per game. If he overtakes Embiid and wins the scoring title, he will go on the record books as the oldest player to win the scoring title as his idol Michael Jordan has the record at 35 years of age. James is 37 years old.