LeBron James Clarifies Statements About Playing With Son Bronny: 'I See Myself Being With the Purple and Gold as Long as I Can Play' 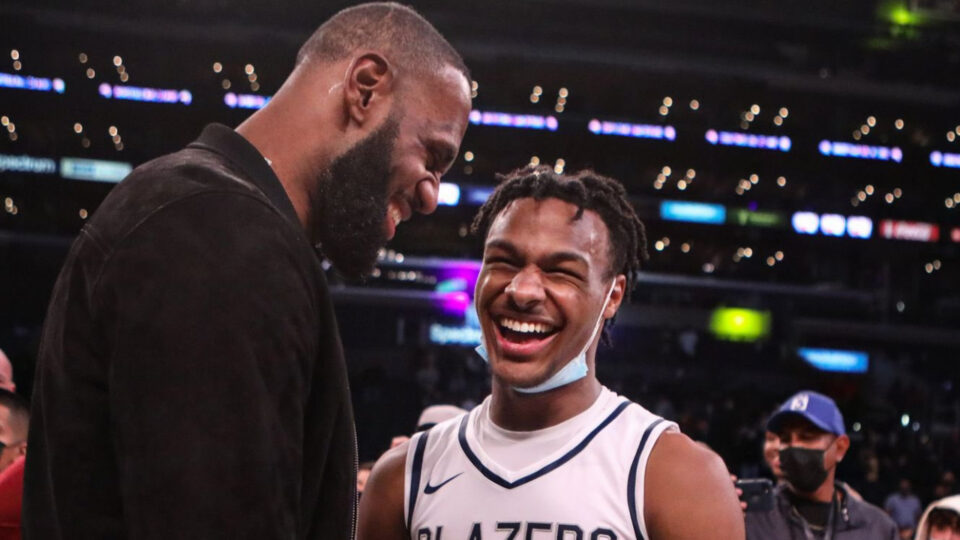 Basketball superstar LeBron James raised eyebrows after telling The Athletic that he wanted to play his last season with his oldest son, Bronny, who isn’t NBA-eligible yet.

Yesterday, according to USA Today, James walked back those comments, clarifying his statement and reaffirming his commitment to his current team, the Los Angeles Lakers.

“I see myself being with the purple and gold as long as I can play,” James said last Friday night after the Lakers lost to the Los Angeles Clippers.

“But I also have a goal that if it’s possible—I don’t even know if it’s possible—and if I can play with my son, I would love to do that. Is that something that any man would want one day in life? That’s the coolest thing that could possibly happen. But that doesn’t mean that I don’t want to be with this franchise.”

James previously said he wouldn’t rule out returning to his hometown team, the Cleveland Cavaliers. But he had to clarify what he meant. “I never said I’d see myself playing in a Cavaliers uniform” only that he meant possibly signing a one-day contract to retire with the team.

Several players have fathers who played in the NBA before they followed in their footsteps. Examples include Steph and Seth Curry, sons of former sharpshooter Dell Curry. Tim Hardaway Jr. is named after his father, All-Star point guard Tim Hardaway, and followed his career path. Klay Thompson followed his father, Mychal Thompson, a former number-one draft pick by the Portland Trailblazers.

No NBA player has ever played on the same team with his dad.