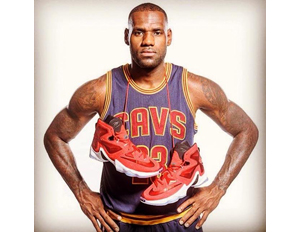 If you think the LeBron vs MJ debate is wearing you out now, wait until James retires. Because not only will we have a full body of work and some completed resumes to choose from, we’ll also have the next chamber of the discussion to wade into

James, who has a chance to go down as the first active billionaire athlete to play professional sports due to his numerous business ventures off the court, has made it known for a while now that one of his goals is NBA ownership.

And why not? He’s admitted that the ghost he’s chasing is that bald guy who once invited people to come fly with him while he figuratively owned the league as a player with the Chicago Bulls in the ’90s.

James is not shy about his desire to be like Mike, and that’s not solely limited to his on-court exploits

In a recent interview with Ken Berger of The Athletic during the Eastern Conference semifinals against the Boston Celtics, he re-emphasized his desire to become a majority owner in the NBA, just like Jordan, who owns the Charlotte Bobcats.*

*Original title is “LeBron James Is Destined For NBA Ownership And More Jordan Comparisons.” Read the article in its entirety on The Shadow League