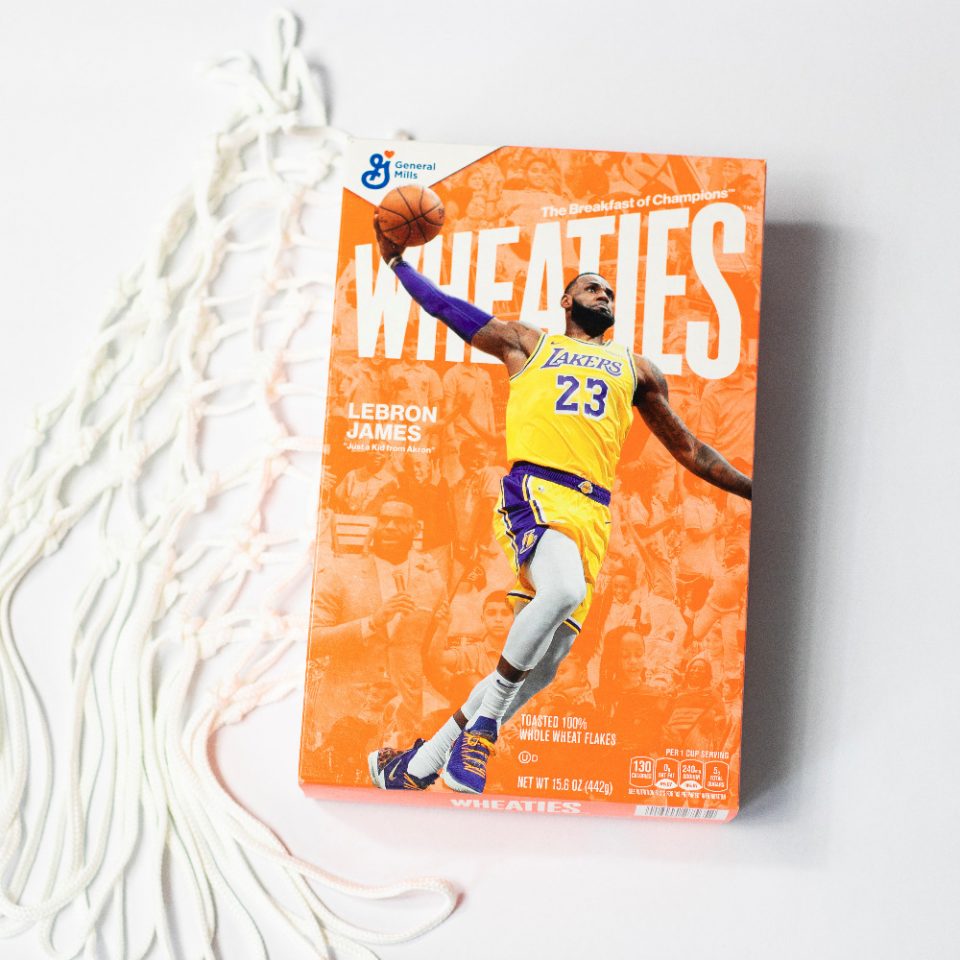 One accomplishment that has eluded Los Angeles Lakers basketball player LeBron James is no longer a hindrance. The superstar athlete has never been on the front of a Wheaties cereal box — until now!

Wheaties has just announced that LeBron James, one of the greatest basketball players of all time, will be the next athlete to appear on the front of the iconic orange box. James will be replacing tennis great Serena Williams, who, along with James, were both named Associated Press Athletes of the Decade earlier this year. James will continue Wheaties’ 85 year-run of featuring sports champions on the collectible boxes.

Yet, James won’t be alone!

Along with James, will be a collage of kids and families from the LeBron James Family Foundation’s transformational I PROMISE program in Akron, Ohio. The cereal box will include students and staff from the I PROMISE School.

“Growing up where we come from, to see my I PROMISE kids and families from Akron, Ohio, represented on the iconic Wheaties box means everything,” said James in a written statement. “The movement we’ve started in Akron is about doing our part to uplift our community by first listening and then responding with the resources they need. We will continue to do everything we can to create a better future for our kids and our community, and it starts with the students, teachers, and everyday champions you see on this box.”

“We all know LeBron James for his record-breaking basketball career, but his achievements off the court truly set him apart,” said Taylor Gessell, brand experience manager for Wheaties. “From starting the LeBron James Family Foundation, to boldly speaking out on racial injustice, to launching the I PROMISE School – LeBron is a champion of change who is using his sports platform to better the world. We couldn’t be prouder to feature such a positive force of inspiration for the next generation of champions on Wheaties’ historic box.”

“Having our students, families, and educators on the Wheaties box alongside LeBron is pretty powerful, and it illustrates that deep and meaningful work cannot be done alone,” said Michele Campbell, executive director of the LeBron James Family Foundation. “It takes an entire community to truly rally around those that need it most, and it takes a lot of passion and hard work. But it can be done, and we’re humbled to continue pushing the envelope on what’s possible for these families and all communities across the country.”

You can purchase the limited-edition LeBron James and I PROMISE Wheaties box at www.Shop.Wheaties.com now and can buy it on store shelves in the next several weeks.