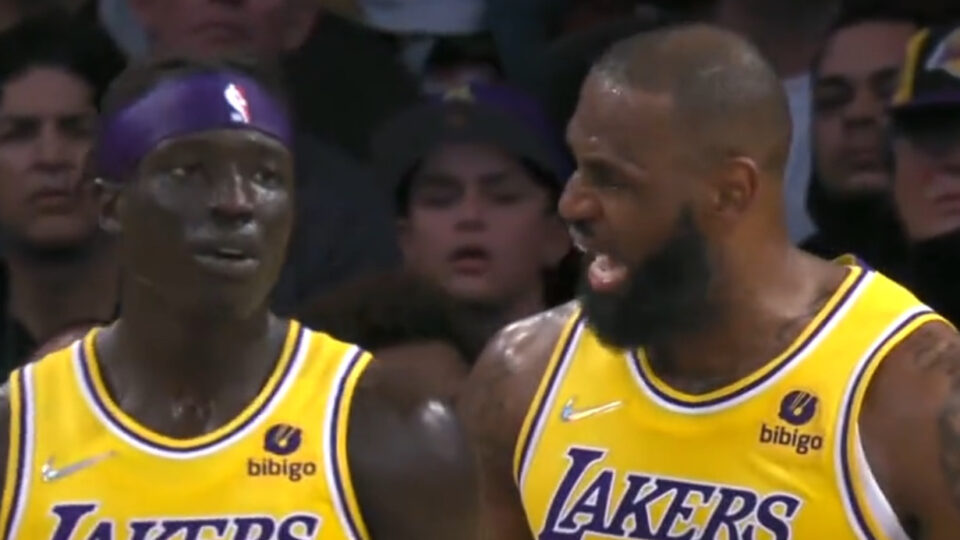 The Los Angeles Lakers who were favored to win the NBA championship this season are failing miserably.

Despite LeBron James having a year that solidifies his legacy, the team is falling short and the frustration has reared its ugly head.

At Monday night’s Lakers game, which ended as a loss for the team, James became unhinged and was seen and heard shouting profanities at his teammates. During the second quarter as his teammates couldn’t grab a rebound and the whistle is blown against the Lakers, a foul is called. The future Hall of Famer screamed and cursed at his teammates for not getting a rebound. He bounces the basketball forcefully into the basketball court three times as the frustration in his face is evident.

In another outburst that drew complaints from people who viewed the game, “King James” seemingly does a very intimidating move towards a 20-year-old Toronto Raptors rookie. This took place in the third quarter of the 114-113 Toronto victory at The Lakers’ home court at the Crypto.com Arena.

As Toronto rookie Scottie Barnes is competing with James to grab a loose ball, Barnes falls to the floor as James loses the ball as he touched the basketball last before it goes out of bounds. James grabs the ball and throws it directly into the body of Barnes as he lies on the basketball court. When the ball goes out of bounds, James walks over to Barnes in an aggressive manner seemingly as if he was about to pounce on the rookie. The intimidation tactic looked like it worked as Barnes walked away from James to avoid confrontation.

This loss set the Lakers back to a record of 29-39 and places their playoff hopes in jeopardy once again.

You talk about “intent” LeBron was definitely trying some garbage here pic.twitter.com/sewQz2YHEf