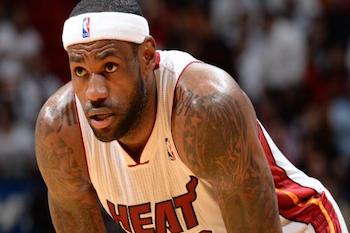 According to ESPN, James had until June 30 to decide whether he would stay with the former NBA champion Miami Heat or opt out of the final two years of his contract. Coupled with the rumors fueled by James’ wife, Savannah, via Instagram, many fans are wondering aloud if James and company will be taking their talents back to Ohio.

The 6’8″ power forward was scheduled to make $20 million next season.

Heat General Manager Pat Riley has been very vocal about his stance regarding James, but after the team’s season-ending loss to the San Antonio Spurs in Game 5, it seems that James is exploring his options. James has gone on the record saying that he welcomed the opportunity to become a free agent and have the same level of flexibility he had in 2010.

With this news on the wire, do you think that James will venture back home to secure his NBA legacy? Speak on it below!