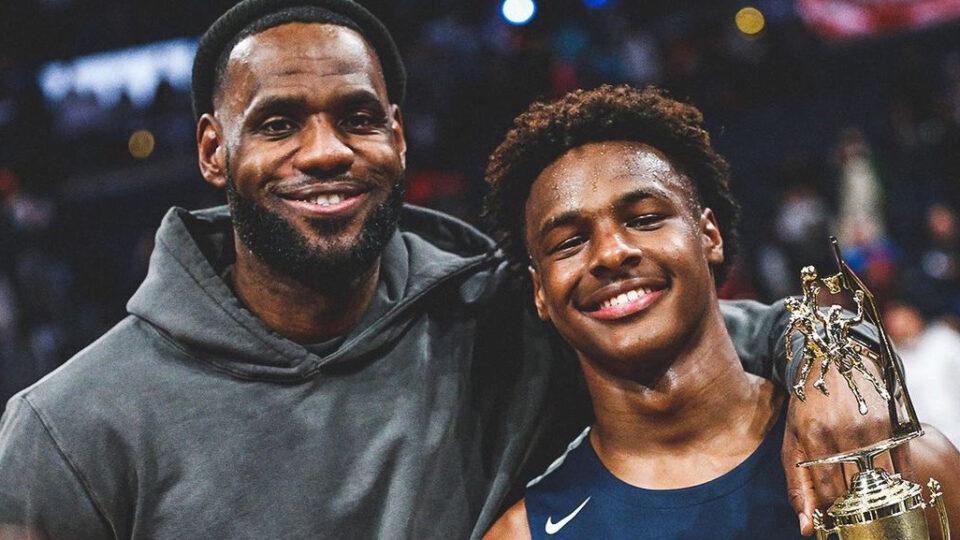 LeBron James has broken records throughout his NBA career. But there is one feat that has never been done, and “The King” wants the opportunity to do so.

As the Los Angeles Lakers player looks forward to the end of his playing days, he is setting one final goal: to play on an NBA team with his son, Bronny James.

According to The Athletic, in an exclusive interview, James, whose current contract with the Los Angeles Lakers expires after next season, expressed his desire to play at least one season with his oldest son, Bronny.

Several players have fathers that played in the NBA before they followed in their footsteps. Examples include Steph and Seth Curry, sons of former player Dell Curry. Tim Hardaway Jr. is named after his father, Tim Hardaway, and followed his career path. Klay Thompson followed his father, Mykal Thompson, into the NBA. Yet, no player has ever played on the same team with his father in the league.

“My last year will be played with my son,” LeBron told The Athletic. “Wherever Bronny is at, that’s where I’ll be. I would do whatever it takes to play with my son for one year. It’s not about the money at that point.”

LeBron James wants to play wherever Bronny is for his last year 👏 pic.twitter.com/GVLY09tn4Y

Bronny is currently 17 and playing basketball at Sierra Canyon High School in California.

LeBron, who grew up in Ohio, started his career with the Cleveland Cavaliers before leaving for the Miami Heat. After winning two championships in Florida, LeBron returned to Cleveland to bring home a title. As his career winds down, he was asked if he’d ever return to Cleveland again.

“I’m not saying I’m coming back and playing; I don’t know. I don’t know what my future holds. I don’t even know when I’m free.”