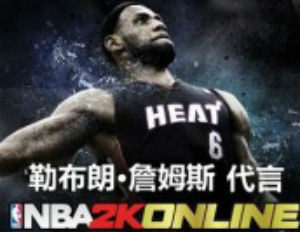 The top internet provider in China (Tencent) has recently announced that they have signed basketball superstar LeBron James to promote the Chinese version of the popular NBA2K game. Tencent, which is located in Hong Kong, made the announcement this past Monday.

According to Chat Sports, James will appear in advertising campaigns in China and will also “have the opportunity to provide creative input on game modes and in-game content.â€ This deal with Tencent takes LeBron even deeper into the Chinese market. LeBron already is a paid endorser for Dunkin Donuts. The difference between him being an endorser for Dunkin Donuts and Tencent is that LeBron is the main centerpiece for Tencent as of right now in a company that is solely dealing with China.

According to Forbes, LeBron James’ role as a pitchman contributes to the No.1 source of income for him, earning $18 million playing basketball in 2012 and $42 million from endorsements.