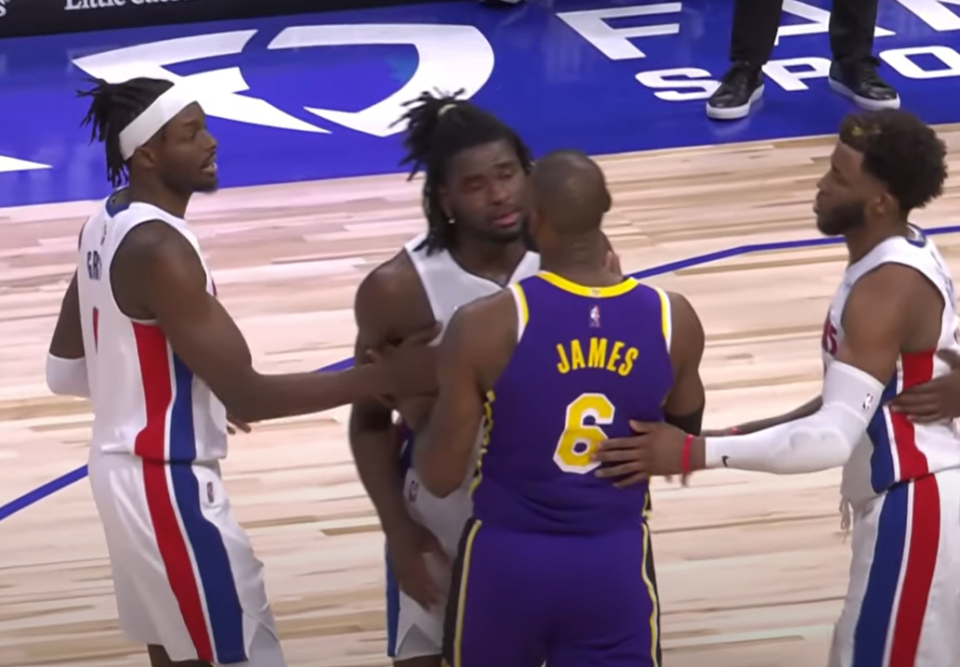 For the first time in LeBron James’s NBA career, he has been suspended from a game over a foul move against another player.

The NBA champion was involved in a scuffle on Sunday night after James bumped into Detroit Pistons center Isaiah Stewart and caused a bloody mess. On Monday, both players were suspended with James being called out for “recklessly hitting” Stewart, ESPN reports.

Stewart flew into a rage after getting hit by James. He charged at the Los Angeles Lakers superstar, causing a complete melee on the court. Referees and players tried calming Stewart down. But at multiple points, he continued to try and charge toward James.

As a result, Stewart was suspended for two games for “escalating an on-court altercation by repeatedly and aggressively pursuing” James, the NBA said. He will miss the Pistons’ home game against Miami on Tuesday and their game against the Milwaukee Bucks on Wednesday.

James is set to serve out his suspension on Tuesday night when the Lakers play against the New York Knicks at Madison Square Garden. His one-game suspension will cost him a game check of $284.004, CBS Sports reports. Stewart will miss out on $45,201 in game checks for his heated response to LeBron’s foul.

This is the first suspension of LeBron’s 18-year NBA career, and Sunday night’s ejection was only the second one of his career. LeBron is known for playing a fair game and not taking dirty moves against players. While the hit might’ve been a mistake, it left Stewart with blood leaking from his eye and caused complete disarray during a live game.

“I don’t think James is a dirty player, but again, it got them going,” Pistons coach Dwayne Casey said.

Russell Westbrook was also given a technical foul for trying to escalate the situation. However, the LA native had no idea he was charged with a tech until reporters told him after the game.