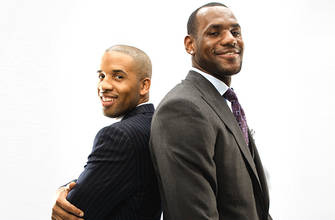 Perennial NBA all-star LeBron James and the premium cable network Starz are teaming up to produce an original series.

Tentatively called “Survivor’s Remorseâ€, the series will chronicle the path two friends take when one friend makes it big.

The series will reportedly be set in Philadelphia.

Starz produces original programming such as The White Queen and Magic City. James told the Associated Press why he thinks the series will make for compelling television.

“I think the main thing for me is, first of all, making it out of a place where you’re not supposed to. You’re supposed to be a statistic and end up like the rest of the people in the inner city — [and] being one of the few to make it out and everyone looking at you to be the savior,” James said.

“When you make it out, everyone expects — they automatically think that they made it out and it’s very tough for a young, African-American 18-year-old kid to now hold the responsibility of a whole city, of a whole community. I can relate to that as well.”

In 2008, the film More Than a Game documented James’ relationship with his high school teammates and close friends until his penultimate senior year at St. Vincent-St. Mary High School in Akron, OH.

Tom Werner, who produced sitcoms such as Roseanne and The Cosby Show, is reportedly also on board with the project, which doesn’t have a timetable for release.