Legal Equalizer App May Save Your Life When Pulled Over 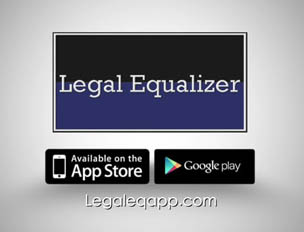 Seeing the video of the arrest of Sandra Bland–the Texas woman found hanged in a jail cell on July 13 after she was arrested for a minor traffic violation– was life-changing for Mbye Njie.

“If her family members saw that video, she would not have been in jail from Friday night all the way into Monday,â€ says Njie. And that’s when he came up with an idea. Njie launched Legal Equalizer, an app which can help in the event you or a loved one is pulled over or confronted by law enforcement.

“Let’s say you get pulled over. Instead of having to text, you hit one button; an SOS button, and it will let those people [whom you designate in the app] know you were pulled over.â€

Legal Equalizer uses location services and integrates with a mobile device’s address book. Users can select three contacts for the app to send an SOS message.

In addition, the app displays what a person’s rights are when confronted or pulled over by police. The Android version of Legal Equalizer also displays immigration rights. Njie says this capability is coming soon for the iOS version. The app also allows users to record video. The video is saved to the phone, backed up to the cloud, and then saved on a secured server.

Njie quit his job in insurance to create his company. He built a five-person team, from people he knew and who were just as passionate about the prospects of such an app, including a legal expert and a developer. Previously, Njie also worked in sales for Apple.

“I’m not a coder. I’ve got ideas and I know how to sell and market.â€

The Legal Equalizer team is seeking funding after turning down a $3 million investment offer. The investors wanted 30% of the company. Njie thought that was such a great deal, that he even offered them equity. However, the brokers who found the investors also demanded 35% of Njie’s company for the deal to move forward.

“There is no company in history where the finder or broker has 35% of the company. When I said, ‘We are not giving control of the company’ they called me “angryâ€–a code word for when minorities and women get emotional. It was shocking,â€ recalls Njie.

In fact, Njie said $3 million was an unnecessary figure. “We didn’t even need $3 million. We built the app for under $40,000, including incorporating ourselves in Delaware and getting our trademarks,â€ he says.

Another potential investor wanted 51% ownership of Njie’s company, which he turned down. As of now, Legal Equalizer is not a money-maker, but that is not the driving force for Njie and his team, who says the effort is worth it if it “saves one life.”

“We are looking for an increase in downloads,â€ says Njie, which will help attract investors. There is also potential revenue from advertising. The app remains free of charge.

“We wanted to charge early on, but in our heart of hearts we knew there would be some people who could not afford it,â€ Njie says.

Legal Equalizer is available in English and Spanish on both Google Play and iTunes.