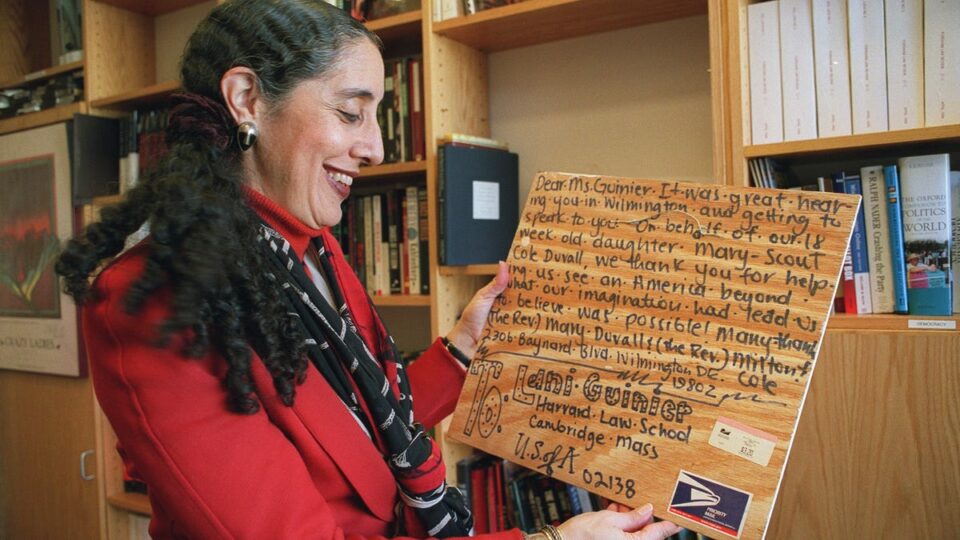 Lani Guinier, a legal scholar and voting rights advocate once nominated to be an assistant U.S. attorney, has died at 71.

Guinier’s cousin, Sherrie Russell-Brown, confirmed her passing to The New York Times, saying the civil and voting rights advocate was “surrounded by family and friends.”

The former law professor has a long history of fighting for the rights of others. According to Guinier’s Harvard Law School biography, The Radcliffe College and Yale Law School graduate worked in the Justice Department‘s Civil Rights Division and led the Voting Rights Project at the NAACP Legal Defense Fund in the 1980s.

In 1993, President Bill Clinton nominated Guinier to lead the Civil Rights Division of the Justice Department. However, the Republican Party fought the nomination due to her support of affirmative action, which led to Clinton withdrawing his nomination and calling her views “anti-democratic.”

The Times reports, Guinier argued the thought of “one person, one vote” was insufficient in a system where the interests of minorities, racial or otherwise, were inevitably trampled by those of the majority, and that alternatives needed to be considered to give more weight to minority interests.

While Republicans slammed her and kept her out of prominent roles due to her progressive views, she also took heat from liberals concerning her views on voting rights.

Many of her positions on voting and civil rights have been accepted and are now mainstream political conversations, especially the voter redistricting process, which is currently being debated in numerous states.

Sherrilyn Ifill, the current president of the NAACP Legal Defense Fund, commented on Guinier’s passing in a tweet, saying, “A loss that means more to me than words can say. Civil rights atty, professor, my mentor, member of our ⁦@NAACP_LDF⁩ family. A mother of the 1982 amendments to the Voting Rights Act. A scholar of uncompromising brilliance. Rest In Peace and Power, dear Lani.”

Guinier is survived by her husband, son, daughter-in-law, stepdaughter, grandchild, sisters, and nephews.