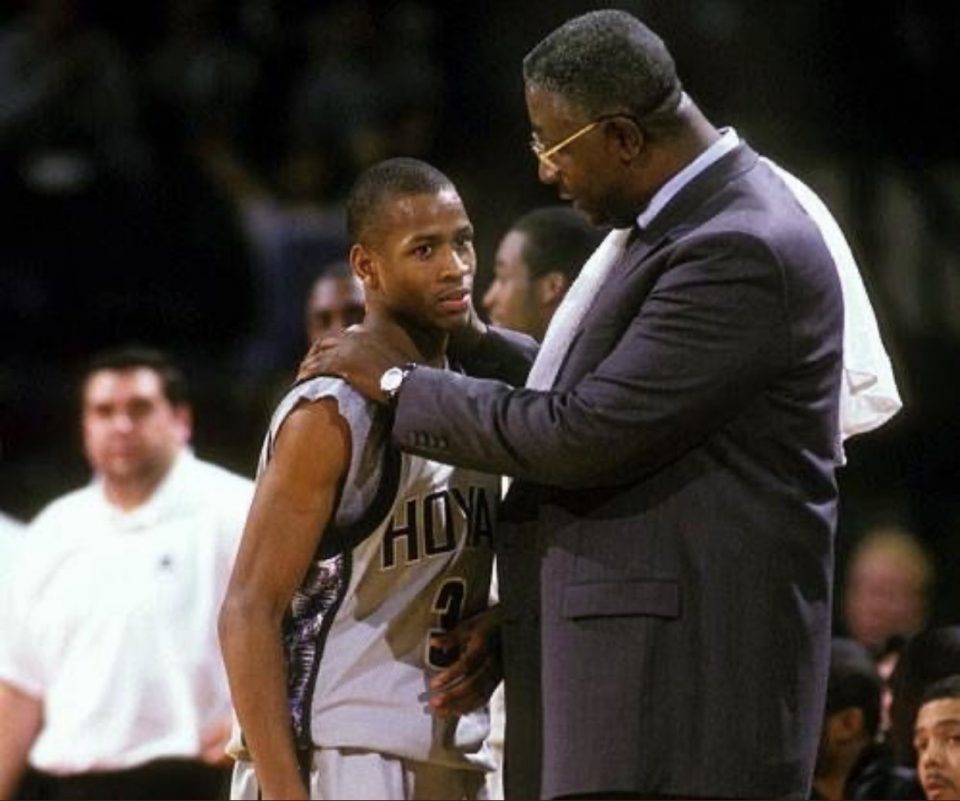 Thompson won the 1984 NCAA National Championship and took the Hoyas to three Final Fours in the 1980s. The players Thompson coached during his career include Naismith Memorial Basketball Hall of Famers Patrick Ewing, Alonzo Mourning, Dikembe Mutombo, and Allen Iverson, who thanked Thompson during his Hall of Fame induction speech.

“This is a person that, when I came to college—I was 18—helped me to grow,” Ewing, the current Georgetown coach, said according to ESPN. “Even though my mom and dad were always there, he was always a person I could pick up the phone and call if I had a problem or if I had a question.”

The Big East legend is known as a pioneer for kicking the door open for a generation of minority coaches. His 1984 national title was the first by a Black head coach and altered the perception of Black basketball coaches. Known as “Big John,” Thompson was also a leader for African Americans and was fearless giving his opinion on race in America.

During the 1989 season, Thompson walked off the court before a game against Boston College to protest Proposition 48, an NCAA measure that would ban academically ineligible freshmen from receiving scholarships. Thompson protested the measure because he believed the proposition aimed to limit opportunities for minority students.

“I’ve done this because, out of frustration, you’re limited in your options of what you can do in response to something I felt was very wrong,” Thompson told The Washington Post that day. “This is my way of bringing attention to a rule a lot of people were not aware of—one which will affect a great many individuals. I did it to bring attention to the issue in hopes of getting [NCAA members] to take another look at what they’ve done, and if they feel it unjust, change the rule.”

Before he became a coach, Thompson starred for Archbishop Carroll High School in Washington, D.C., before leading Providence to the 1963 NIT championship. Thompson was also the captain of the school’s first NCAA tournament team in 1964.

The Friar family mourns the loss of John Thompson ‘64. He was a legendary player and an even greater person. Our thoughts and prayers are with the Thompson family.

The Boston Celtics drafted Thompson in the third round of the 1964 NBA draft. Thompson was used sparingly as a backup to Bill Russell but won championships with the franchise in 1965 and 1966. After the 1966 season, Thompson accepted a job as the head coach at the prestigious St. Anthony Catholic School in Washington, D.C., in 1966. He was 122-28 during his six-year prep coaching career before Georgetown hired him in 1972.

“When I was hired,” he told Sports Illustrated in 1980, “I had a talk with the president [then the Rev. Robert Henle, S.J.]. All that Father Henle said about basketball was that he hoped I could take a team to the NIT every now and then. I thought to myself that I’d eat my hat if I couldn’t do better than that. But I didn’t say anything except,  ‘Yes, sir, I’ll try,’ because you don’t want to set yourself up.”

Within three seasons, Thompson had the Hoyas in the NCAA tournament for the first time in 32 years. Before Thompson, most of Georgetown’s teams were white, but under Thompson the majority of players were Black, leading many in the Georgetown community to think he had and issues with White players—a claim he repeatedly denied.

Thompson, who stalked the hardwood sideline with a white towel over his shoulder, not only led his players on the floor but also protected them off the court.

Thompson defended and stood up for Allen Iverson, who spent four months in jail for his alleged role in a fight at a bowling alley prior to his senior year of high school. Although many slammed Thompson for his allegiance to Iverson, the Big East coach never cared about what others thought of him.

Iverson won Big East Rookie of the Year honors and led the program to the Elite Eight during his second and final season at the school.

Thompson suddenly resigned midway through the 1998-99 season due to problems in his marriage. He will always be known as a great coach and an unabashed supporter of civil rights.