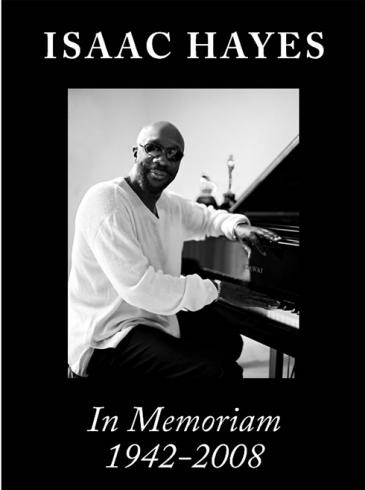 The legendary Isaac Hayes was found collapsed by his treadmill Sunday afternoon in his Memphis home and later pronounced dead at Baptist Memorial Hospital-Memphis.

Hayes, 65, was planning to make another record with Stax, the recording label that brought him fame. Most recently he had just rapped the filming on a movie entitled “Soul Menâ€ with Samuel L. Jackson and Bernie Mac who died August 9, 2008, a day before Hayes.

His notoriety has spanned decades. In 1971 he won both a Grammy and an Oscar for the theme song in the movie “Shaft.â€ A writer as well as performer, Hayes’ music has populated the airwaves for decades with songs like “Soul Man,â€ and “Walk on By,â€ which were written with long time music partner David Porter.

Hayes and Porter were responsible for writing the lyrics which launched Stax Records’ successful R&B soul group Sam & Dave, who also won several Grammy Awards. In 2002, Hayes was inducted into the Rock and Roll Hall of Fame and his songs have been sampled in many rap and R&B tunes by artists like Ashanti, Public Enemy and Jay-Z.

In 1997, he drew a cult following from a new generation after he became the voice of Chef on the animated television show South Park. He quit the show in 2006 when Scientology, Hayes’ religion since the early 1990s, became the target for the show’s ridicule.