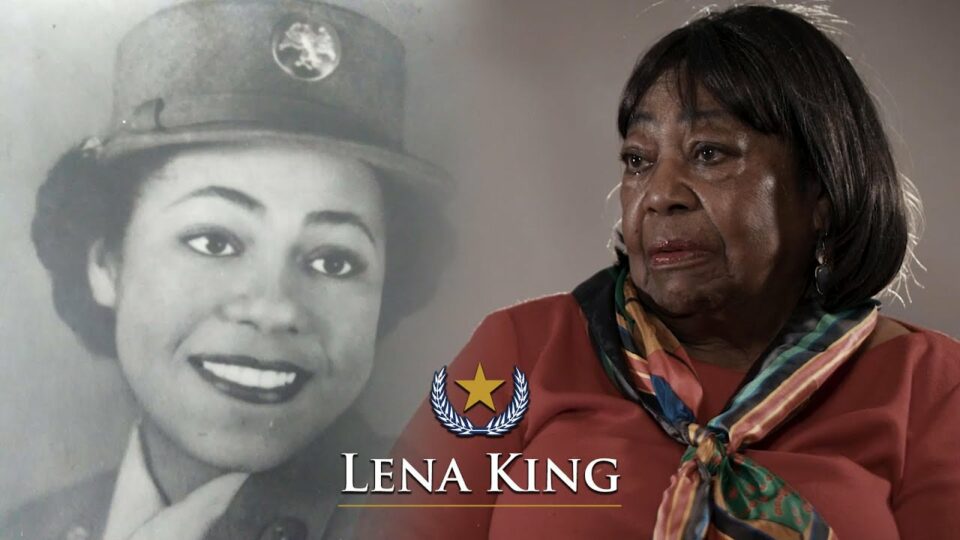 After a childhood friend was shot down in battle, Lena Derriecott King enlisted in the military in hopes that she could contribute to aiding her country.

Now, the 99-year-old is one of the surviving members of the WWII Black Female Battalion Unit, Six-Triple Eight, whose contributions continue to inspire generations, according to Today.

In February 1945, the “Six-Triple Eight,” as it was known, sailed for Britain, becoming the first and only all-Black Women’s Army Corps unit to be sent overseas during WWII. They were assigned the special task of sorting through millions of backlogged pieces of mail intended for members of the U.S. military, U.S. government personnel, and Red Cross workers.

The women worked three shifts a day, seven days a week, under grimy conditions at the warehouses in Birmingham, England. King, who was assigned to the Battalion at 18 years old, recalls seeing letters and packages stacked to the ceiling.

According to the former corporal, the unit’s motto was “No mail, low morale.” To ensure that the mail reached troops in the field, they were determined to accomplish their goal in half the time they were instructed to finish. In just three months, King and her unit processed 17 million pieces of mail.

“We had promised that we could get it done,” King said.

The Importance of the Battalion Unit

Having ended the backlog of mail in Birmingham, the female soldiers continued their work in Europe until March 1946. They received high praise for achieving success and efficiency in solving the military’s postal problems despite the racial and gender discrimination they often faced.

When they returned home, King described the experience as “so disappointing” in an interview with Today. Her unit didn’t feel appreciated, especially in America’s climate of Jim Crow segregation.

King explained to the news outlet that her unit’s achievements were a “moral victory.”

“I think our motivation was to feel that we were making a contribution,” she said. “We wanted to show proof that we loved our country, even if they didn’t love us back all the time.”

King, alongside these women of the Six Triple Ei deserves their flowers.

In April 2021, the “Six Triple Eight” Congressional Gold Medal Act was passed by the Senate. The House of Representatives is set to vote on the bill is set to vote next week.