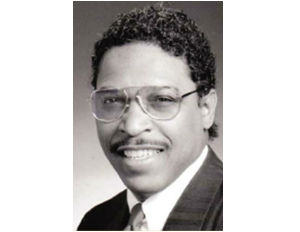 The head of the Los Angeles chapter of the NAACP Leon Jenkins announced Thursday that he was stepping down from his post in the wake of the Donald Sterling racism scandal.

He acknowledged that plans to pay tribute to Sterling had left the reputation of the respected organization open to criticism.

Sterling faced major public outrage and NBA reprimand after an audio recording of racist comments was released to the public.

NBA commissioner Adam Silver banned Sterling for life. He’s also in the process of forcing Sterling to sell the team.

Sterling is the longest tenured owner in the NBA. He bought the team for close to $13 million back in 1981. Forbes recently valued the Clippers at $575 million.

In his letter of resignation, Jenkins stated, “Please be advised that the legacy, history, and reputation of the NAACP is more important to me than the presidency. In order to separate the Los Angeles NAACP and the NAACP from the negative exposure I have caused the NAACP, I respectfully resign my position as President of the Los Angeles NAACP.â€

Over the past week the Los Angeles branch of The NAACP became an open target for critics, who cried out that Jenkins had jeopardized the organization’s credibility for financial donations.

With Jenkins at the helm, the Los Angeles chapter of the NAACP honored Sterling with an award in 2009 despite reports that Sterling had paid $2.7 million to the government to settle housing discrimination claims against Latinos and African Americans.

An online petition calling for the NAACP to suspend their Los Angeles chapter garnered at least 400 signatures.

Jenkins’ reputation also took a serious hit following a report from the Los Angeles Times that as a judge in Detroit in 1988 he was indicted on federal bribery, mail fraud, conspiracy and racketeering charges.

Federal authorities alleged Jenkins received gifts from people who appeared in his court and committed perjury.

Jenkins was acquitted of criminal charges but he was disbarred by the state supreme court.

According to Michigan State bar review records the state found “overwhelming evidence” that Jenkins sold his office and public trust.

The State Bar Review found Jenkins: “Systematically and routinely sold his office and his public trust, . . . committed wholesale violations of the most elementary canons of judicial conduct, and brought grave dishonor upon this state’s judiciary.â€

Jenkins had been at the helm of the Los Angeles chapter of the NAACP since 2008.

The national office of the NAACP is developing guidelines for its branches to help them in their award selection process.

Founded in 1909 The NAACP is the Nation’s oldest nonpartisan civil rights organization.