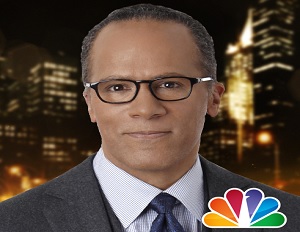 It looks as though Lester Holt will now have a permanent seat at NBC Nightly News following his four month interim stint.

NBC announced Thursday that Holt will take over as permanent anchor for the network. His new appointment comes in the midst of a scandal involving his predecessor Brian Williams who was taken off air in February after revelations he exaggerated a story during his 2003 coverage of the war in Iraq. Williams, whose six month suspension is expected to end in August, will remain at the network and join MSNBC as an anchor of breaking news and special reports.

Holt, who brings a different style of anchoring to NBC, has been a television news reporter for 34 years and first joined NBC in 2000. He currently co-anchors the weekend edition of Today, anchors NBC’s Dateline and has even made an appearance as host of Saturday Night Live. Since taking over the Nightly News on an interim basis, Holt has held his own competitive ratings against ABC’s World News Tonight and CBS’s Evening News.

“Lester has done outstanding work for NBC News over the last ten years, and he’s performed remarkably well over the last few months under very tough circumstances,” says NBC News and MSNBC chairman Andrew Lack. “He’s an exceptional anchor who goes straight to the heart of every story and is always able to find its most direct connection to the everyday lives of our audience. In many ways, television news stands at a crossroads, and Lester is the perfect person to meet the moment.”